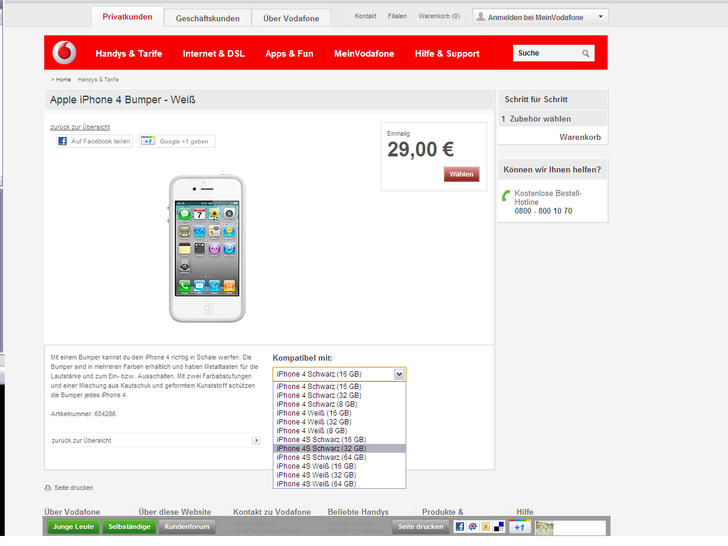 The big day is finally here. Apple is all set to announce the next generation iPhones today. But we’ve still got some iPhone 4S news for you before the announcement courtesy of Vodafone Germany.It seems that the cheaper iPhone 4S that is said to be launched with the iPhone 5 will have a 64GB variant. This is the first time an iPhone has stretched beyond the 32GB capacity.

This would lead us to believe that the iPhone 5 will also have a 64GB variant. The iPhone 4S will also be available in 16GB and 32GB versions.

Both Black and White variants seem to be available. The site makes no mention of the iPhone 5 which does not necessarily mean that it does not exist but merely that it has a different design.

Perhaps the iPhone 5 will have a unibody construction and will have a silver paint job like the current generation Macbooks.