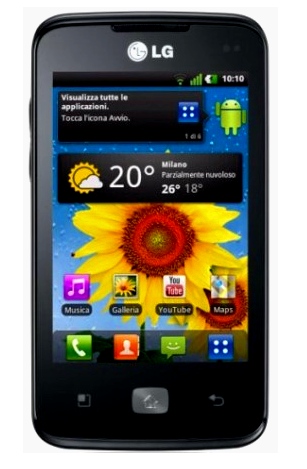 LG has announced another phone in the Optimus series, LG Optimus Hub, followed by Optimus Pro and Optimus Net. This phone is previously leaked in the LG road map this July. The LG Optimus Hub is said to be the successor of LG Optimus One, and it has 3.5 inch capacitive touch screen that is much brighter (550 nit). It runs on Android 2.3.4 (Gingerbread) and features 800 MHz processor, 5MP camera and Wi-F Direct.

The phone also comes with  LG Social + widget. The LG Optimus Hub is expected to be available starting October for 199 € (US$ 272).