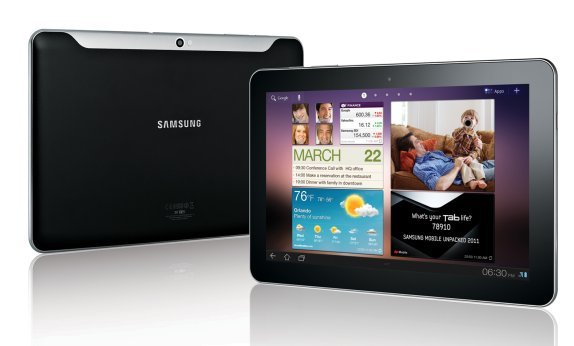 Samsung has just announced that the Galaxy Tab 10.1 will be launching on August 4th in the UK. Both the Wi-Fi only and 3G models will be available in a range of stores.

The Wi-Fi only version of the tablet has already been launched in USA earlier this month. The 3G variant will launch in UK on the Vodafone network and will have quadband (850/900/1900/2100) HSPA+ support for up to 21Mbps speeds.

Quadband GSM/EDGE and Wi-Fi b/g/n are also supported. Samsung have also promised a bunch of accessories to go along with the tablet.

The smaller 8.9″ tablet will also be launched in 2011 but no official date has been announced.