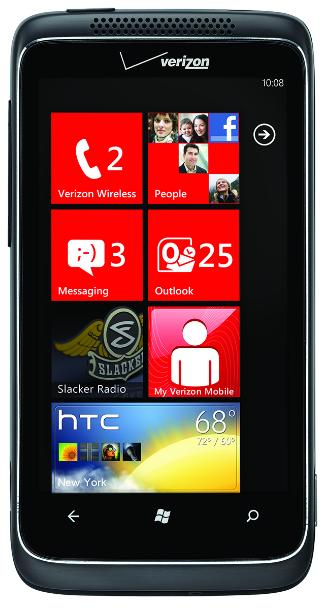 We are hearing about HTC Trophy from a long time now, which is actually Verizon’s first ever WP7 device. We saw it first time back in February with Verizon branding on it and we heard a lot of rumored release dates. But now Verizon finally lifts the curtain and officially announces the HTC Trophy. Verizon will launch their first ever WP7 device on May 26th and it will go for $149.99 after $50 mail-in rebate. It will be available on Verizon online store on May 26th, and it will hit their outlets on June 2nd. Check out the features of the device after the break:

Well Verizon customers, if you are looking forward to a Windows Phone 7 device, then don’t forget to get your hands on HTC Trophy. So who’s getting it next week, anyone?