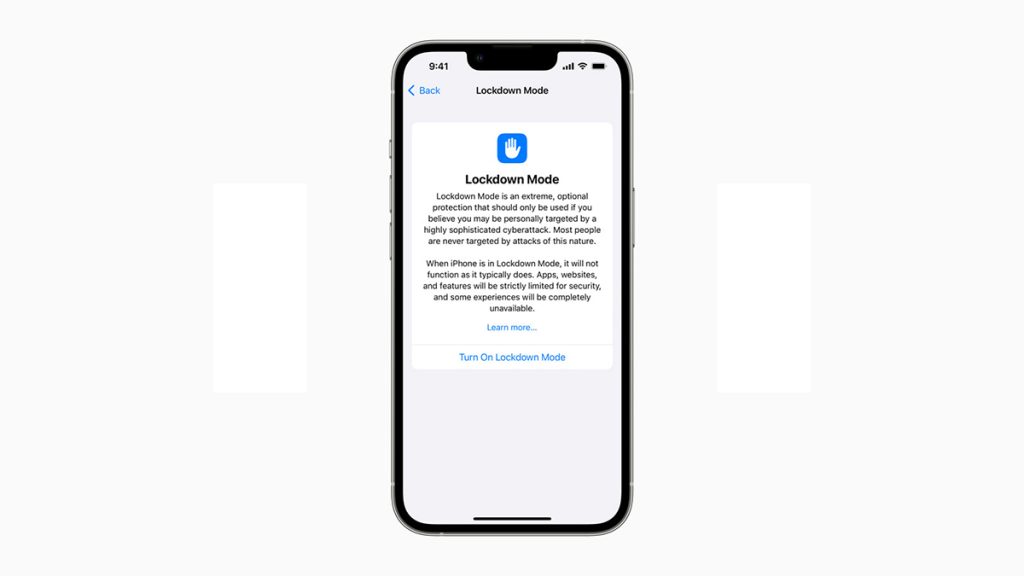 On Wednesday, Apple unveiled a new security feature intended to prevent iPhone users from intrusive spyware attacks. The “Lockdown Mode” feature, which limits certain of your device’s features while also creating a digital moat around its periphery to prevent intrusion, claims to “harden” the data security of your iOS devices.

Lockdown “mode,” according to Apple, is the first significant capability of its type. Later this fall, it will be accessible on devices running iOS 16, iPadOS 16, and macOS Ventura. Furthermore, Apple also provided information on the $10 million cybersecurity fund it announced in November, which would help civil society organizations study and advocate against the threat posed by mercenary spyware. 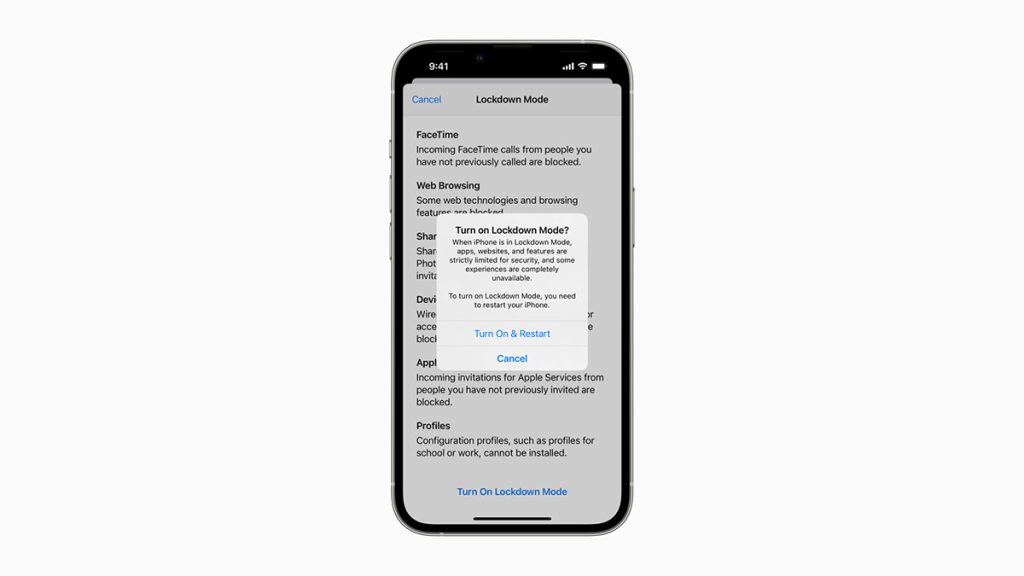 According to the blog post from the firm, Apple will improve Lockdown Mode over time. In addition, Apple has created a new category in its Security Bounty programme to reward researchers who identify Lockdown Mode bypasses and assist in strengthening its defenses. Lockdown Mode doubles bounties up to $2,000,000, the industry’s greatest maximum.

Apple called out the NSO Group in its announcement on Wednesday. The Israeli spy firm has been linked to hacking problems throughout the world, including the murder of Jamal Khashoggi. Apple claims that Lockdown protects against NSO Group and other state-sponsored mercenary spyware. The firm also launched a grant initiative for spyware researchers.

Apple is also offering $10 million to fund entities which uncover, risk exposing, and prevent cyberattacks, including those perpetrated by commercial corporations manufacturing state-sponsored mercenary spyware. The contribution will go to the Ford Foundation’s Dignity and Justice Fund, which pools charitable resources to promote global social justice. The Dignity and Justice Fund is a 501(c)(3) public charity, a sponsored project of the New Venture Fund.

Apple makes the most secure mobile devices on the market. Lockdown Mode is a groundbreaking capability that reflects our unwavering commitment to protecting users from even the rarest, most sophisticated attacks.

While the vast majority of users will never be the victims of highly targeted cyberattacks, we will work tirelessly to protect the small number of users who are. That includes continuing to design defenses specifically for these users, as well as supporting researchers and organizations around the world doing critically important work in exposing mercenary companies that create these digital attacks.

Lori McGlinchey, the Ford Foundation’s Director of its Technology and Society Program, said,

The Ford Foundation is proud to support this extraordinary initiative to bolster civil society research and advocacy to resist mercenary spyware. We must build on Apple’s commitment, and we invite companies and donors to join the Dignity and Justice Fund and bring additional resources to this collective fight.