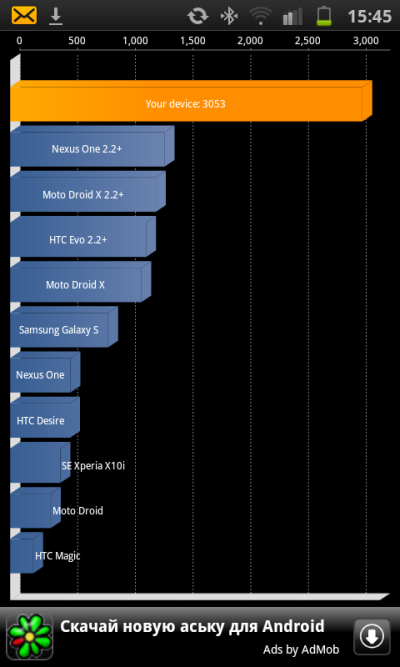 The Samsung Galaxy S2 has been benchmarked in Russia by Mobile-Reviews’s Eldar and according to a screenshot posted by him the device shows an impressive score of 3053 in the Quadrant test.