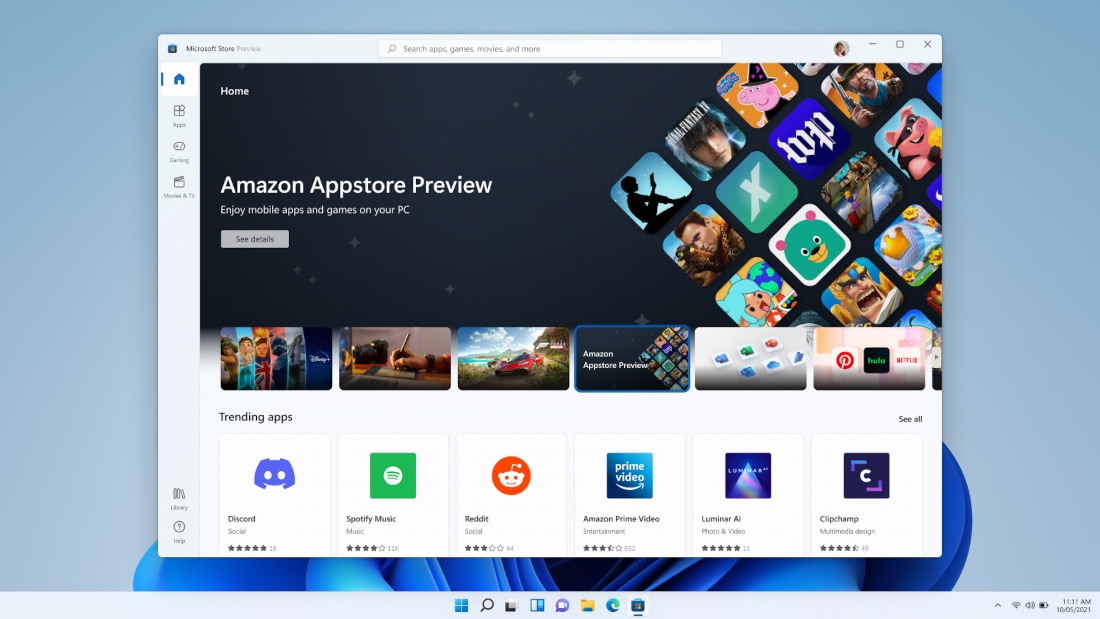 When Microsoft unveiled Windows 11 to the world back in June 2021, they announced that Windows 11 be adding native support for Android apps via the Amazon App Store. The feature is finally available to test via the Windows 11 Insider beta channel for users in the US.

For the initial phase of the test, the Amazon Appstore will feature a total of 50 apps starting today, including Lords Mobile, Khan Academy Kids, Kindle, and more. The apps will run on a subsystem that is based on Android Open Source Project (AOSP) version 11, and Microsoft promises that the Windows Subsystem for Android will available across the all Windows processor types such as AMD, Intel, and Qualcomm.

To test out Android apps on Windows 11, you need to meet certain requirements, which include:

With these conditions, the number of people who can test the new feature will be quite limited. Hopefully Microsoft will open up the test to more users worldwide.