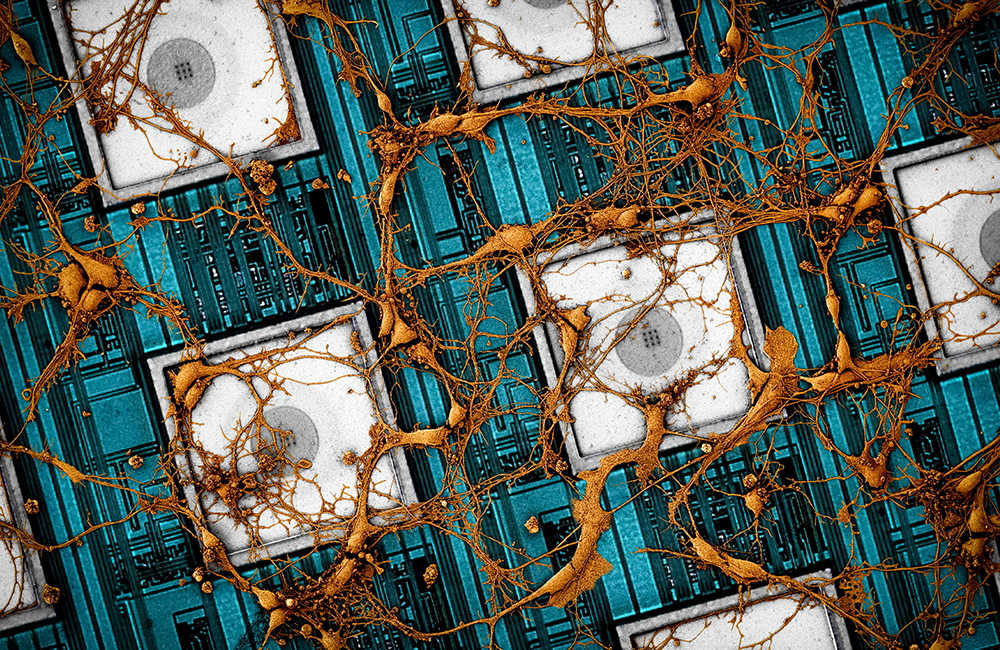 A future with human brain-chip interfaces is not very far as Samsung has a published a Perspective paper titled “Neuromorphic electronics based on copying and pasting the brain”, which talks about a new way to copy the brain’s neuronal connection map and paste it on to a high-density three-dimensional network of solid-state memories.

The paper was published by a partnership between engineers from Samsung and Harvard University. Using a breakthrough nanoelectrode array developed by Dr. Donhee Ham and Dr. Hongkun Park, the paper talks about creating a memory chip that approximates the unique computing traits of the brain.

The goal behind the paper is to reverse engineer the brain through a neuromorphic method. It talks about methods of extracting the neuronal wiring map of a human brain, thereby “copying” it, and then effectively “pasting” it on to a network of non-volatile memories. These specially-engineered non-volatile memories can then learn and express the neuronal connection map, when directly driven by the intracellularly recorded signals.

Actual applications of these research are still a years away from becoming commercially available, an in the meantime Samsung is planning to continue its research into neuromorphic engineering and developing their next generation AI semiconductors.