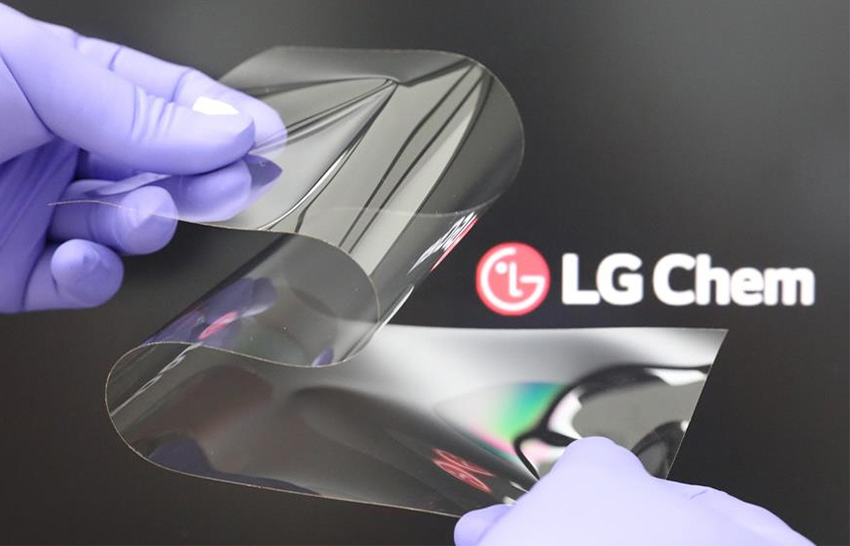 LG Chem, a division of LG that deals with chemicals, has unveiled their new “Real Folding Window” cover material designed for foldable smartphones of the future. The new material will reportedly be hard as glass, but have folding areas that are as flexible as plastic.

LG Chem only provides a little bit of information about “Real Folding Window”, where the new material is coated at a thickness of a few dozen micrometers on both sides of PET film, which a thin type of plastic that is heat-resistance and has the mechanical properties of plastic.

According to LG, the result is a cover material thinner compared to existing tempered glass and has the same hardness, with no cracking when folded and incredible durability. LG Chem expects this new coating-method to be used in foldable phones and rollable IT devices, etc. in the future.

Commenting on the development of Real Folding Window,

Unlike existing polyimide films and tempered glass-type materials, the cover window that applied LG Chem’s new coating technologies will maximize flexibility, while also providing optimized solutions for foldable phones such as making improvements to chronic issues like fold impressions on the connecting part of the screen.