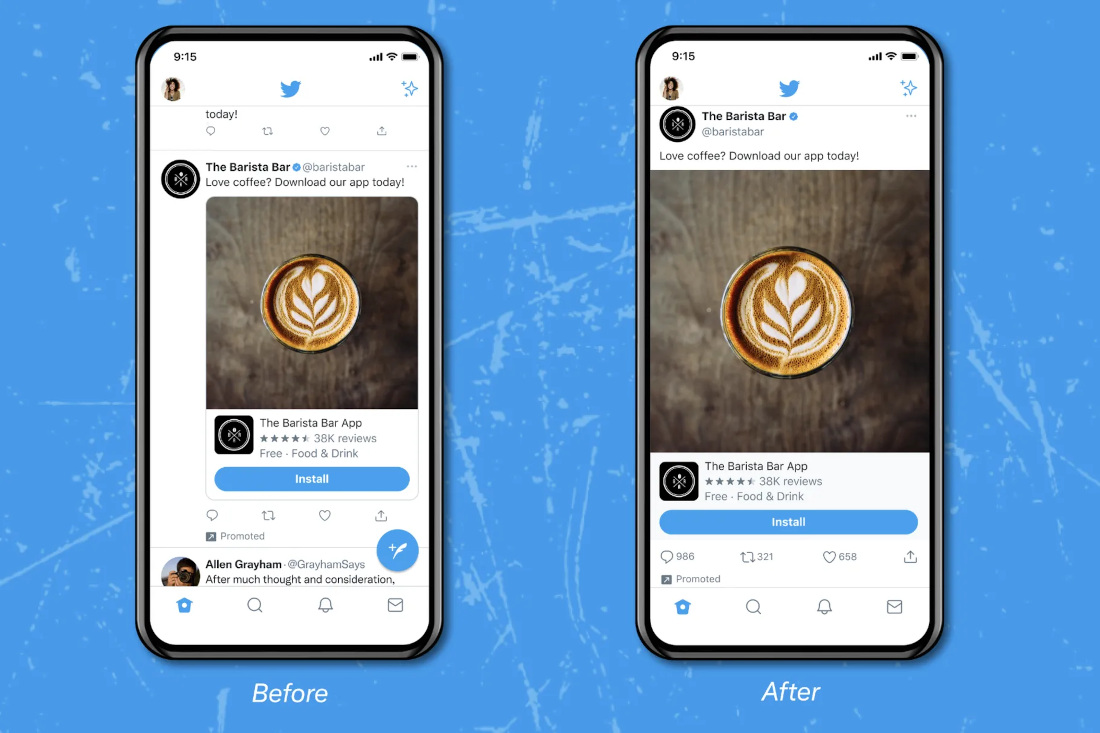 Twitter is testing yet another visual tweak to their mobile experience on iOS, where videos, photos and GIFs will now stretch from edge-to-edge on the display. The test comes nearly a month after Twitter introduced a number of visual changes on both its mobile and web platforms.

Edge to edge Tweets that span the width of the timeline so your photos, GIFs, and videos can have more room to shine. pic.twitter.com/luAHoPjjlY

Earlier in the year, Twitter made changes to media on the timeline, and it began showing uncropped images. This new test takes it a step further and stretches the media from edge-to-edge on the display. In fact, it looks quite similar to how Instagram shows content on their platform, which basically full screen. In an email to The Verge, Twitter confirmed that it is testing this feature to better support conversations that are both visual and text-based.

The test is rolling out to a select number of iOS users for now, and initial reactions about the rollout are quite mixed at the moment. Twitter will likely need to tweak it before they widely roll it out to more devices.