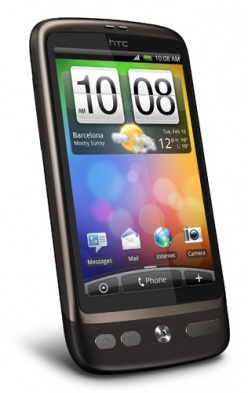 HTC Desire is known as one of the famous and most selling Android devices of all time. It was launched by HTC last year in February after the launch of Nexus One. As the Nexus One is a Google phone, it always gets the updates before any other Android phone. Nexus One is already running on Gingerbread, where as the HTC Desire users are looking forward it from a long time now. But today, Three UK has officially announced via Twitter that HTC Desire will get Android 2.3 Gingerbread in late April or early May. As you all may know that update for unlocked version is always launched before the locked version. So may be SIM-free version of Desire will get the Gingerbread update before the carrier one. Along with the HTC Desire, HTC Desire HD, Desire Z and Incredible S will also receive it as we told you recently. So Desire owners don’t throw away your phone because you will be receiving an update soon. Are you excited about this good news? Tell us!