The European Union fined Google for $5 billion back in July 2018, for imposing their services in Android and violating various anti-trust protections. To comply with the regulations, Google introduced a “Choice screen” in Android when users in the EU set up their smartphone for the first time. Ideally, users should have been able to select the search engine of their choice from here.

However, to appear on the list, Search Engines were required to pay Google through a sealed bidding process, which made it incredibly difficult and unfair for smaller search engine companies. After 3 years of complaints, the EU has finally directed Google to make this selection process fair and free. 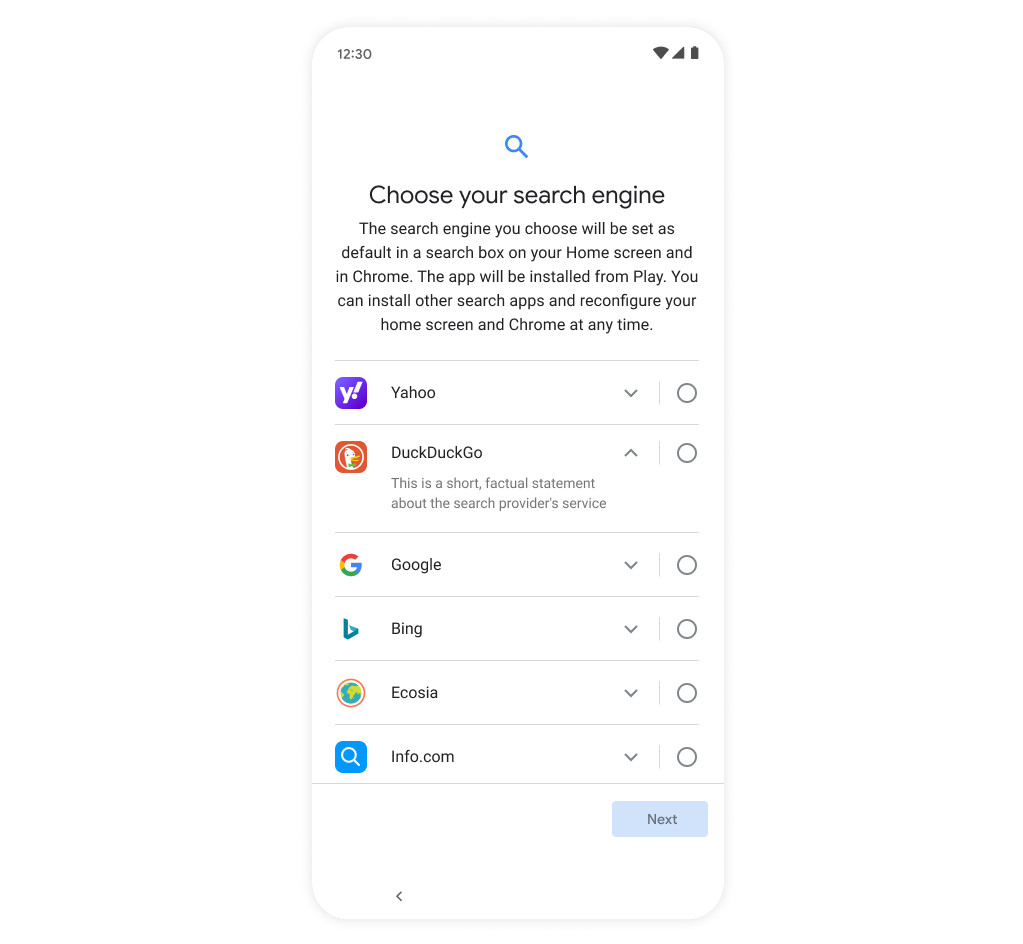 Lastly, Google announced that they will feature more than 4 search engines on the list, and these changes will rollout to EU Android users during September 2021.

While this change has been welcomed by many search engine companies, there are few who are still critical of Google’s approach to the solution. Gabriel Weinberg, founder of the privacy focused search engine DuckDuckGo, has pointed out the Google is still refusing to seamlessly allow changes to the default search engine in Android and only providing the choice at the phone’s set up screen or when it is reset. He also pointed out that Google should roll out these changes to all Android users, including those outside of the EU.