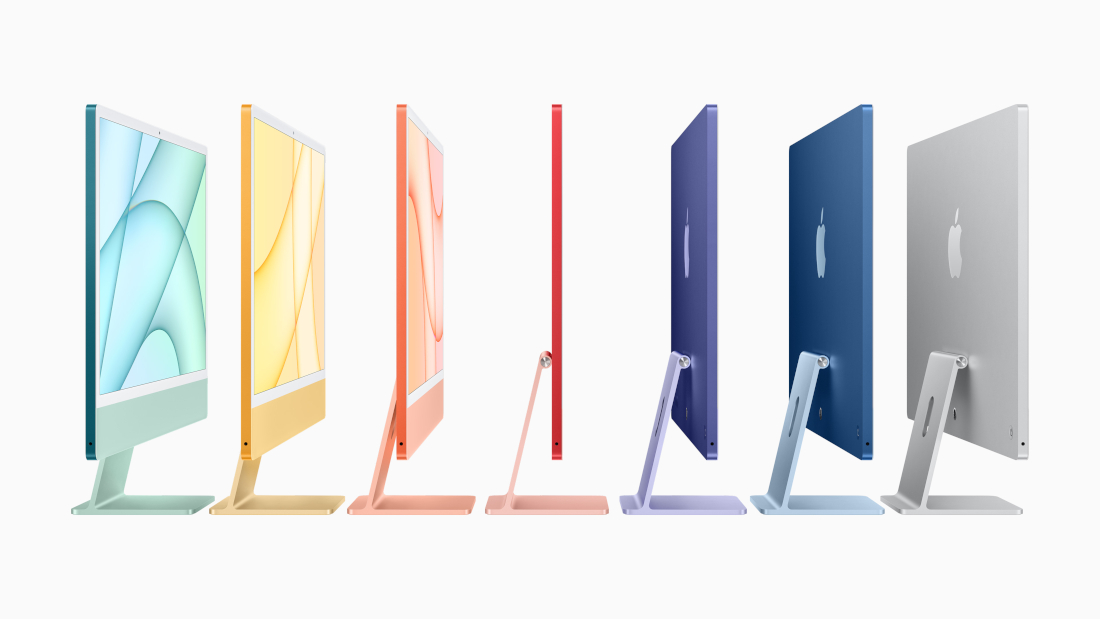 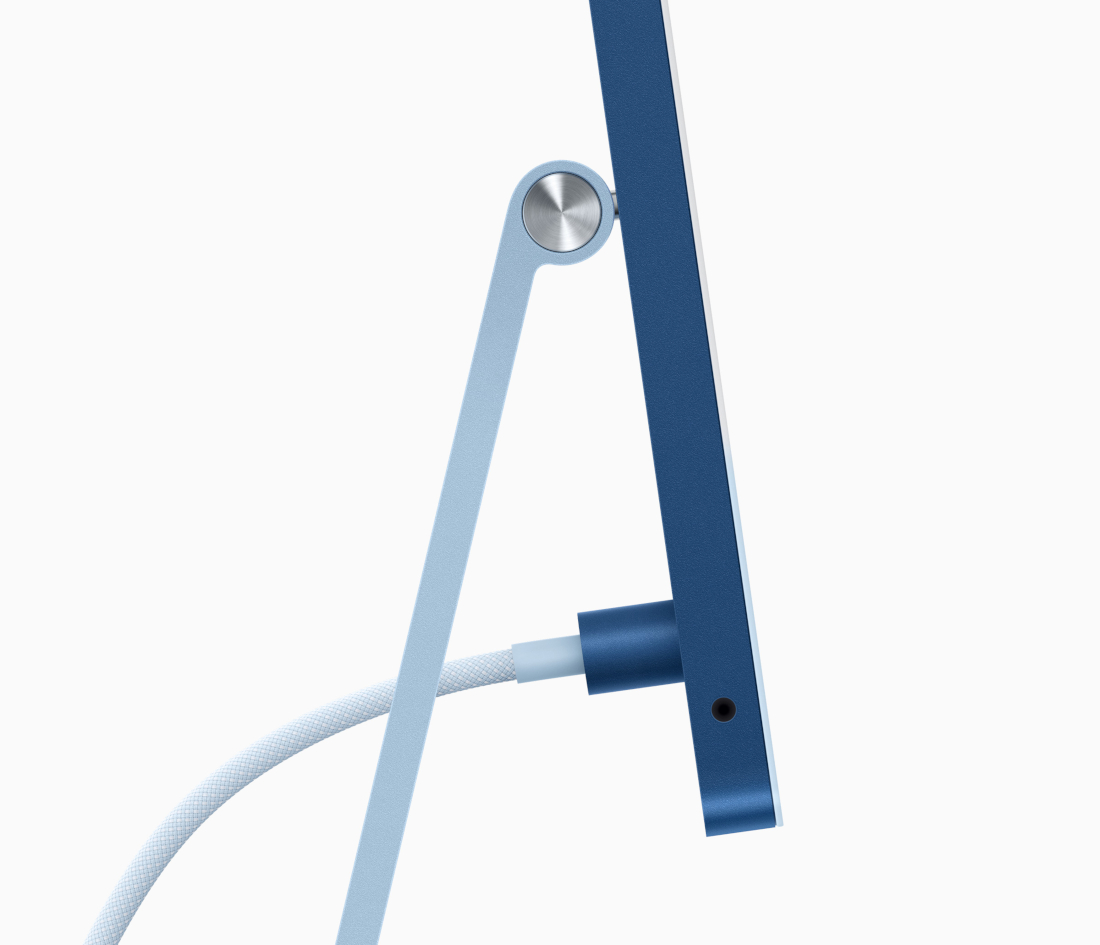 After many years, Apple has introduced a new design for the iMac, with a thin-side profile, smaller bezels and a new woven 2-meter-long color-matched cable that attaches magnetically. 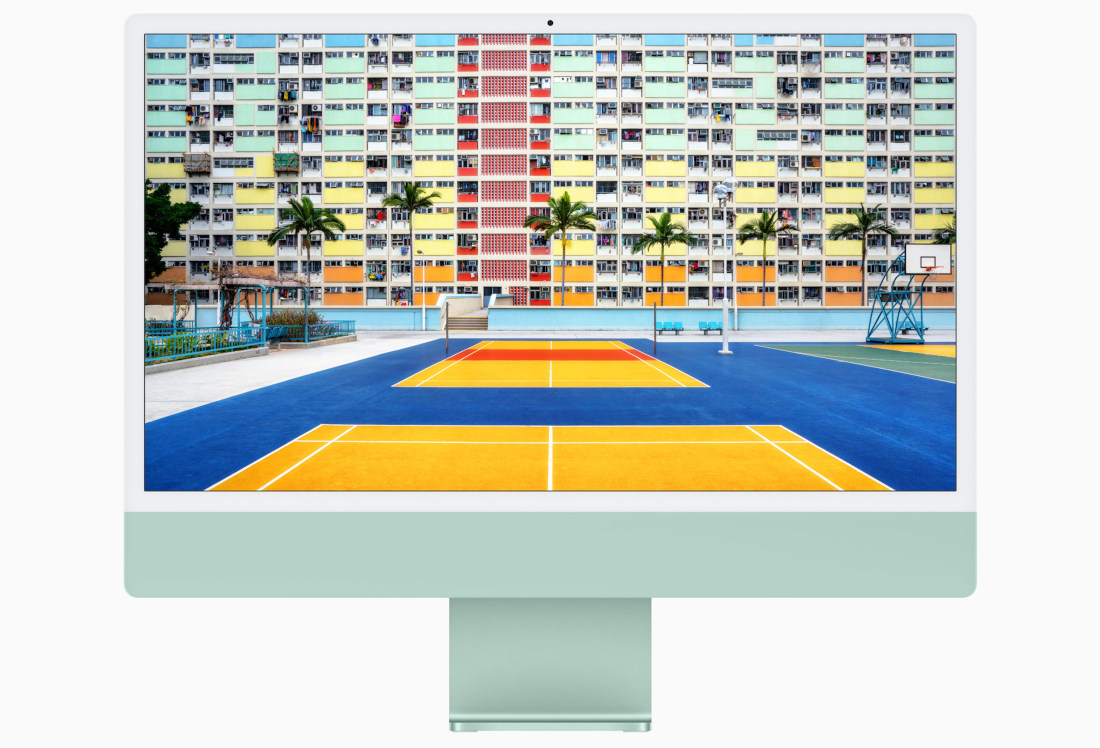 The 24-inch display has been upgraded to a 4.5K Retina panel, with a P3 colour gamut and maximum brightness of 500 nits. The display features support for Apple’s True Tone technology and it is covered in an anti-reflective coating for greater comfort and readability. 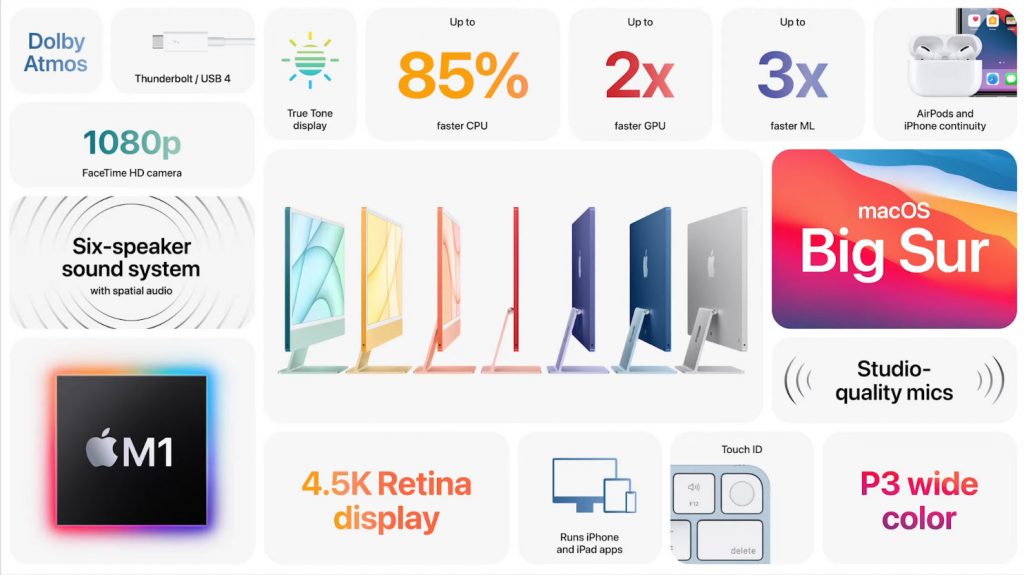 The iMac is now powered by Apple’s M1 SoC, with an 8-core CPU and up to an 8-core GPU. It comes with 8GB unified memory and the 16-core Apple Neural Engine, which should all result in significant performance improvements over the previous generation iMac. For ports, all iMac models come with up to four USB-C ports, including two Thunderbolt ports. 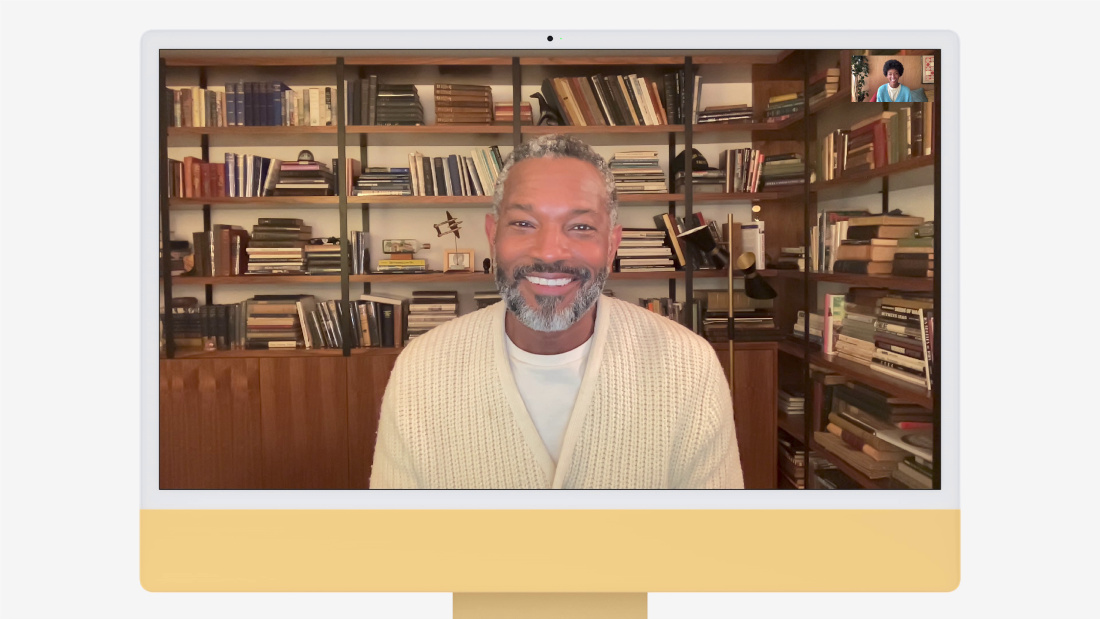 The webcam on the iMac has been improved too, with a 1080p FaceTime HD camera that Apple claims is the “the best ever in a Mac”. The camera can take advantage of the dedicated ISP inside the M1, enabling high quality video and better low-light performance. Along with the camera, the iMac now has a three-microphone array for clearer calls and voice recordings. 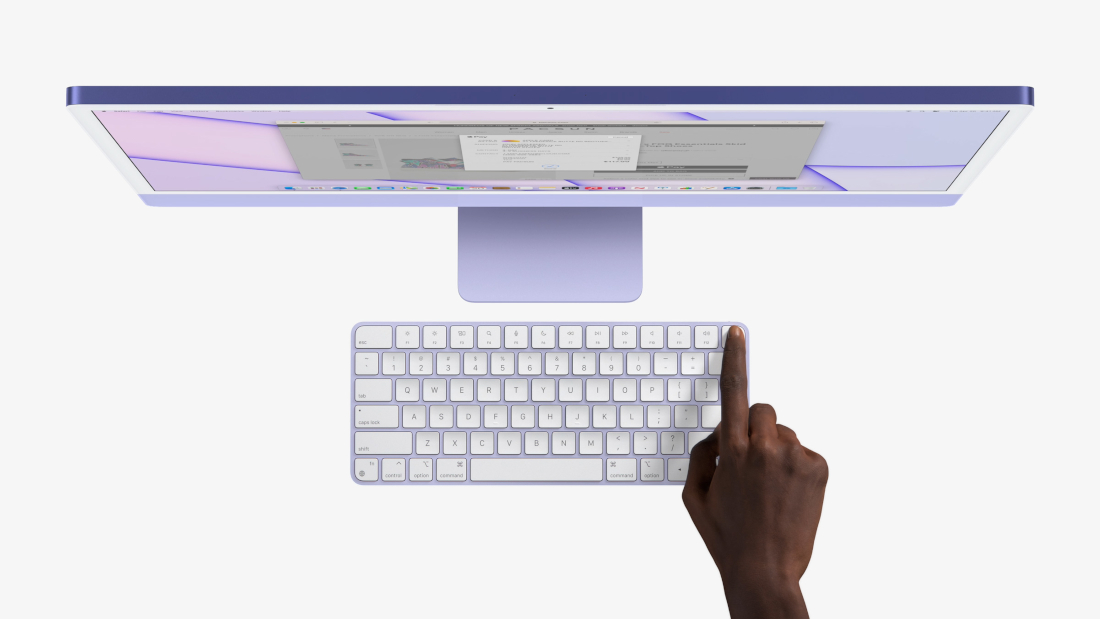 Apple also introduced a new model for the Magic Keyboard, now featuring  a dedicated Touch ID sensor onboard. All accessories, including the Magic Mouse and Magic Trackpad, can now be colour-matched with the iMac too.

The new 24-inch Apple iMac with Apple Silicon M1 inside comes in a range of new colours – green, yellow, orange, pink, purple, blue, and silver, and will be available to order on Apple.com and authorized resellers in India from April 30th, for a starting price of Rs. 1,19,900 and will ship from second week of May.