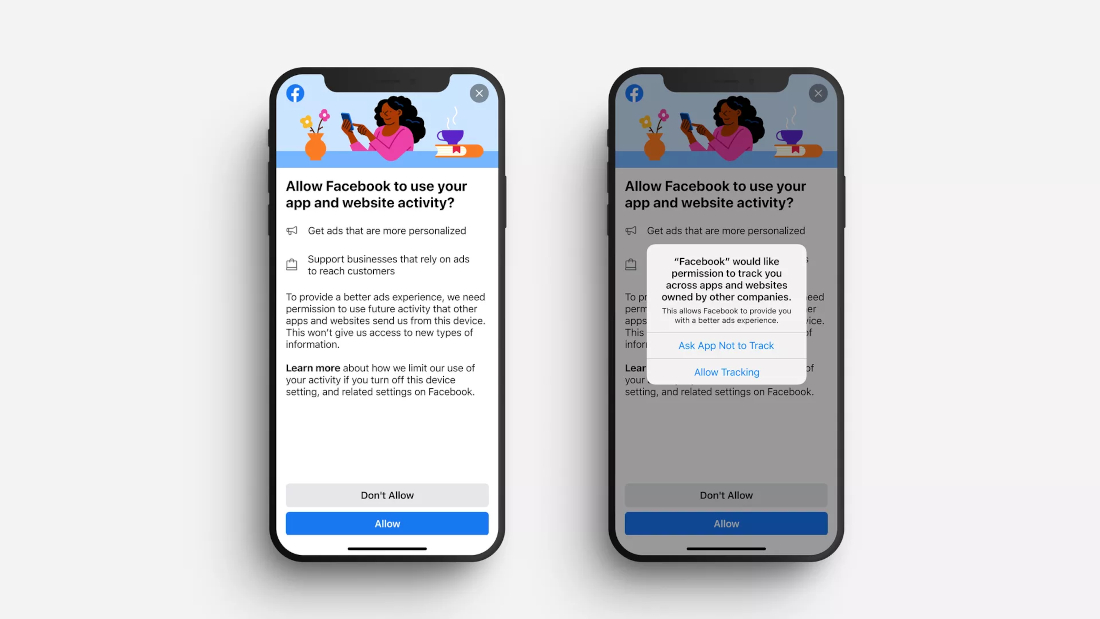 Apple recently announced that in an upcoming iOS beta update, they will add a new feature called App Tracking transparency that will require apps to explicitly ask users for permission to track them across apps. In preparation, Facebook is rolling out a notification in their app that will inform users on what they do with their information.

At the moment Facebook believes that only 10-30% of users will allow the app to track their data once the App Tracking Transparency feature rolls out. This will definitely affect Facebook’s revenue as they have built their advertisement model around tracking this user data.

When a user denies this permission, Facebook will not be able to collect the user’s “Identifier for Advertisers” (IDFA), which is required for advertisers to effectively target their potential Apple customers.

Apple has clearly stated that if Facebook does not comply with the new feature, they will simply remove it from the App Store. So in preparation, Facebook is rolling out a notification that will inform their users exactly how they use user data for personalized ads across Facebook and Instagram.

Facebook hopes that this information will persuade users to allow tracking, but it remains to be seen if it will actually work.