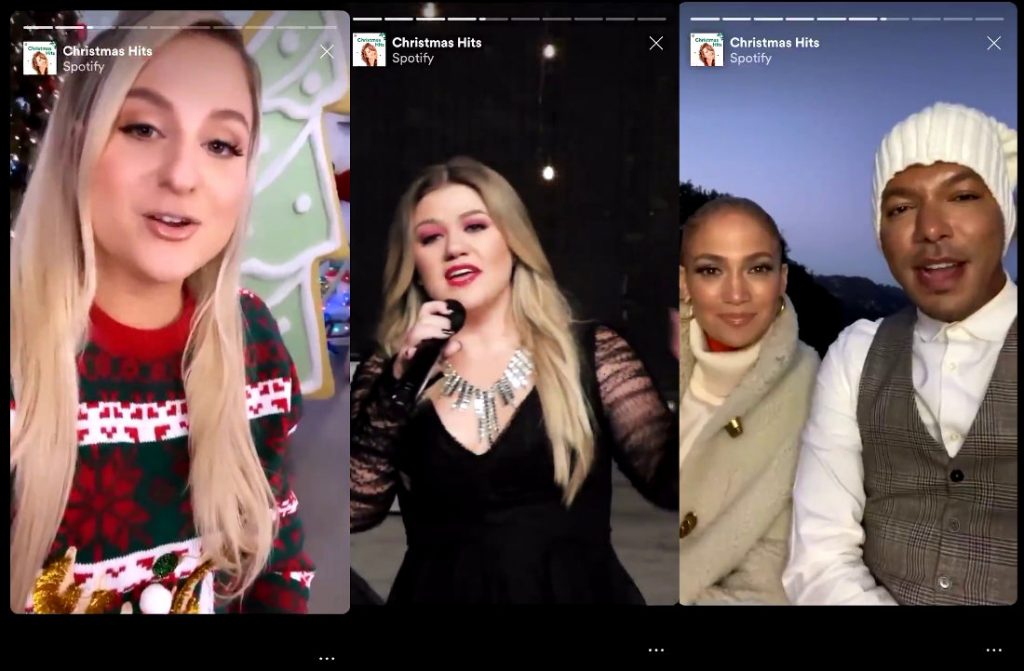 Ever since Instagram first copied the Stories feature from Snapchat, multiple social networks platforms and apps have released their version of Stories. The latest to join this group is Spotify, who has reportedly begun testing Stories with many major musicians on their Christmas Hits playlist on both iOS and Android.

This has got to stop pic.twitter.com/xsurbrJblx

For some users, when they click open the Christmas Hits playlist, there is a new Stories feature in it, where they can see videos from featured artists such as Jennifer Lopez, Kelly Clarkson and Meghan Trainor. The feature has been confirmed by Spotify as a limited test, and there is no information as to whether this feature will roll out to more playlists or whether you’ll be able to add your own stories for your own curated playlists.