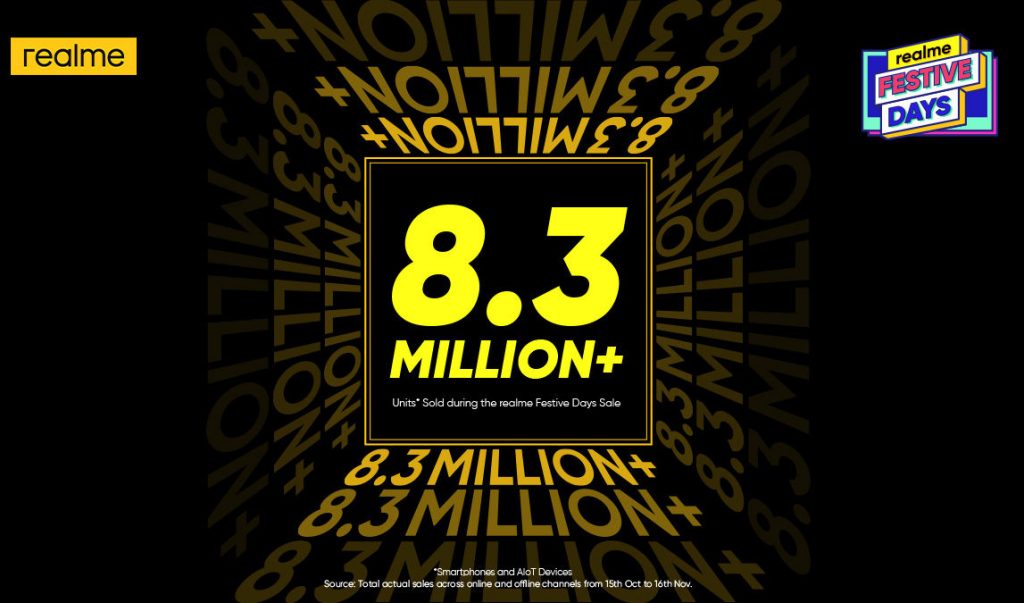 realme today  announced that it has sold more than 8.3 million smartphones and AIoT products during realmeFestiveDays from October 15th to November 16th. Out of the total, 6.3 million were smartphones that includes 1.35 Million Narzo phones, 1.2+ Million C11 phones and 1.6 Million realme 7 series phones, witnessing a 20% growth compared to the festive season last year. It’s worth mentioning that, this is combined sales from online and offline channels.

According to realme, this feat has been achieved due to the company’s continued push in the online and offline segment to provide a great user experience and by launching quality, innovative products that users love. 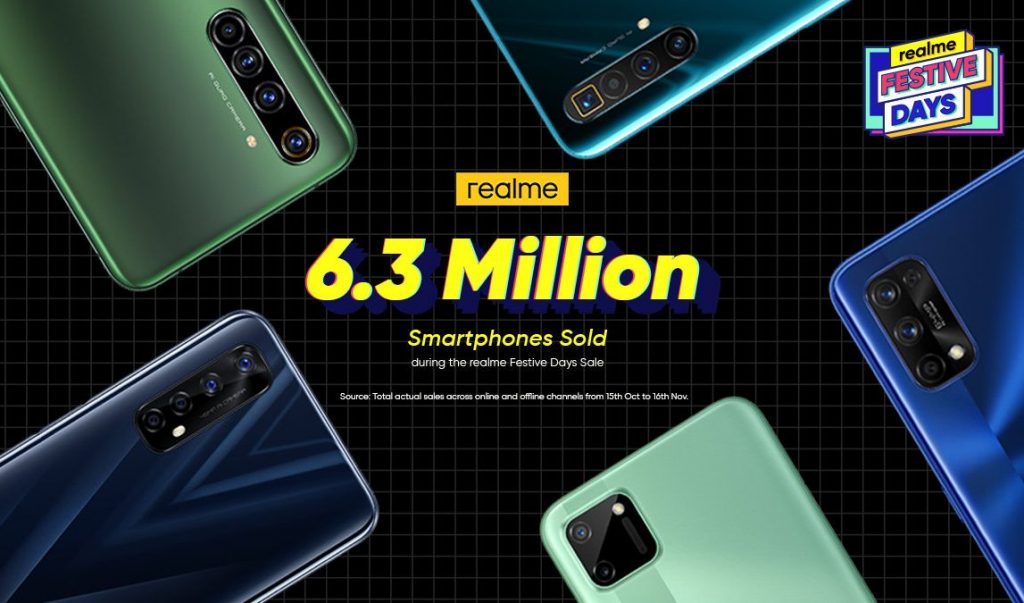 realme recently forayed into the smartTV category and shipped 190K+ units, 1.25+ million smart audio products and 350k+ smart wearables during realmeFestiveDays. To date, the company had released more than 50 Internet Of Things (IoT) products in 2020 and plans to double it in 2021.

According to IDC India Monthly Wearable Device Tracker-September 2020, Realme took number one in the “Wearable Watch” category in India with 22.1%  share during September 2020.