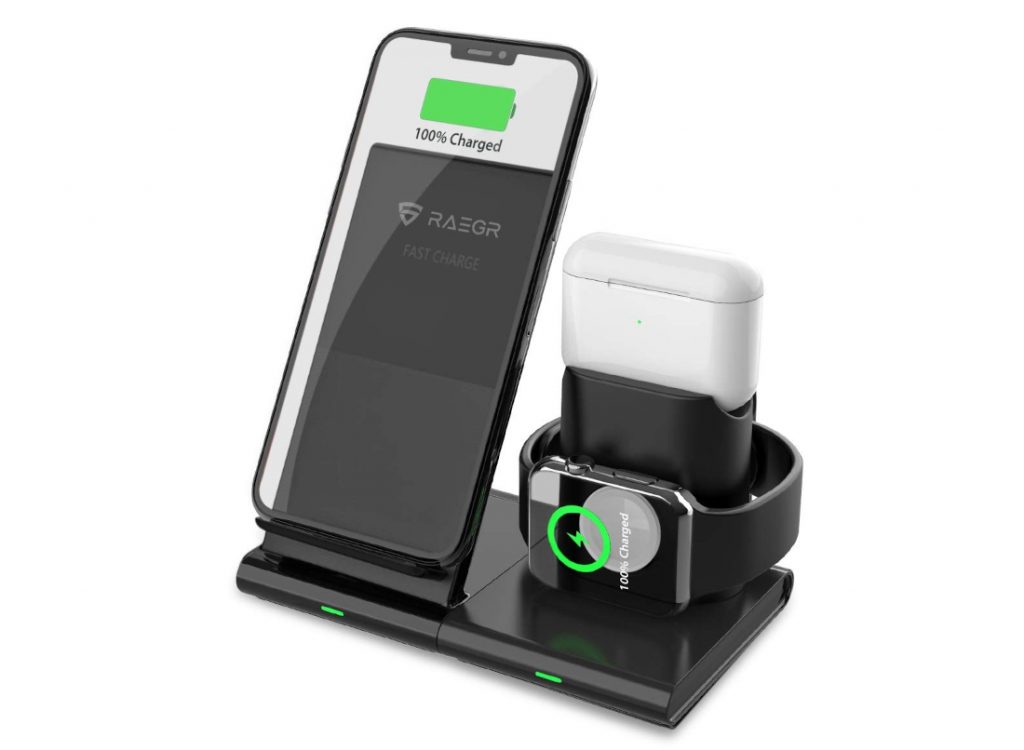 Indian consumer electronics brand RAEGR has announced the launch of their newest wireless multi-charging station in India, the Arc 1250. It features a modular design, with the ability to charge up to three devices at once – a Qi compatible smartphone, the Apple AirPods and an Apple Watch. 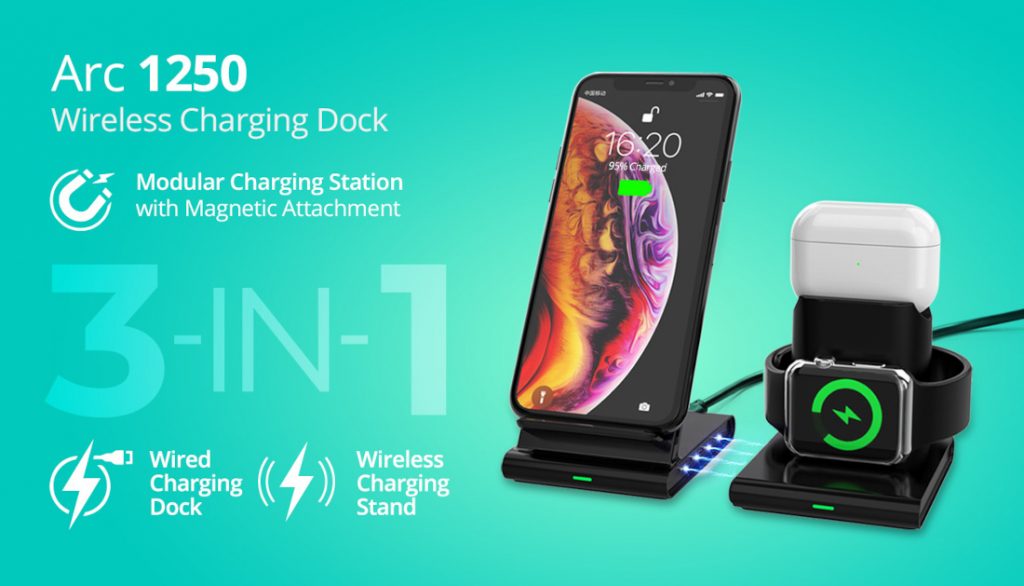 The charger comes in two modules which can be used separately or can be attached to each other magnetically. On one module there is a smartphone stand with a wireless charging coil built-in, capable of charging an Qi-compatible Android or iOS smartphone. On the other module are slots to insert the original Apple Watch/AirPods cable to begin charging.

The charger is capable of up to 10W charging power for newer Android smartphones or up to 7.5W for iPhones, when a QC2.0/QC3.0 adapter is plugged in (9V, 1.67A). There are safety features built-in such as over-voltage, over current, short circuit and over-temperature.

The RAEGR Arc 1250 charger is available for a price of Rs. 2999 on Amazon and Flipkart.