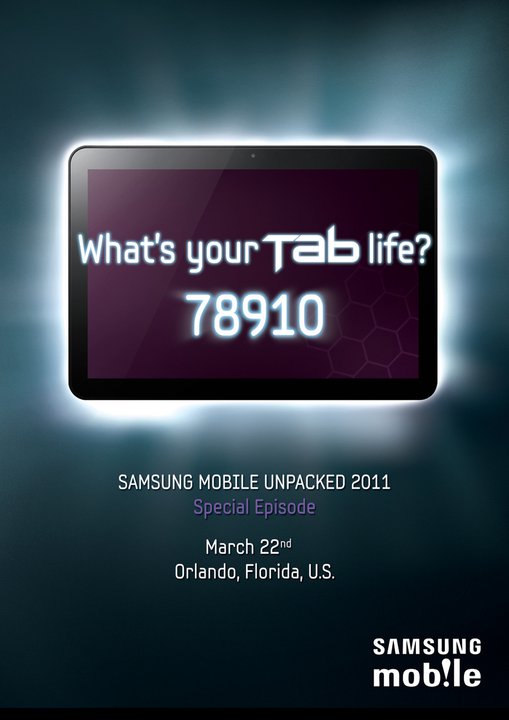 We already brought to you the news last month that Samsung was going to launch an 8.9″ tablet in March. Well now we have just received a confirmation and the event will be held on March 22nd.

The teaser from Samsung indicates the announcement of a tablet on March 22nd in Orlando, Florida USA at a Samsung Mobile Unpacked event which coincides with the dates for CTIA Wireless.

The numbers in the teaser 78910 clearly indicate the different screen sizes of Samsung’s tablets. They already have the 7″ Galaxy Tab and the 10.1″ Tab which was announced at MWC 2011 in Barcelona.

Now they have the 8.9″ Tab set to be announced. We might also see a refresh of the original 7″ Tab because Samsung say that they have got surprises lined up for us. Yes the word is in plural.