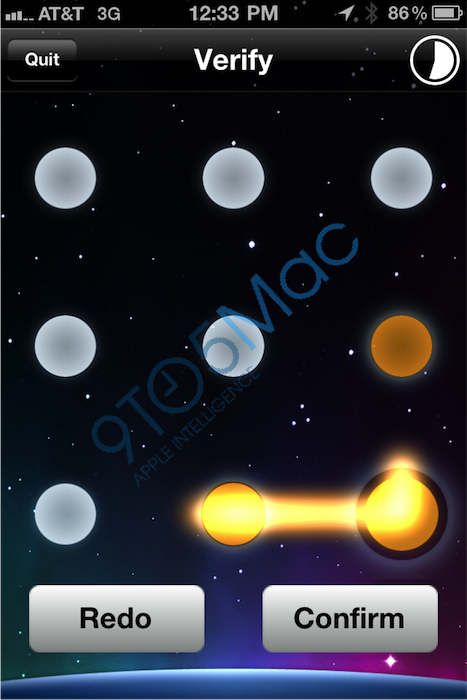 Apple is internally using a gesture-based lock screen for iOS devices that is similar to Android’s unique nine-dot lock screen feature. The feature allows the user to set up a pattern who needs to input that same pattern in, instead of a password or a four number code. Apple has already been testing this new lock screen internally for use, in the employee ‘Apple Connect’ application for iOS devices.

Sources say that none of these feature will show up in the actual iOS build (since Google will probably has patents on this feature), but is only meant for company’s testing the mechanism for some of their internal applications in the future. Apple is said to be planning on bringing the nine-dot lock screen feature to their new mobile payment system business, on the EasyPay machines.