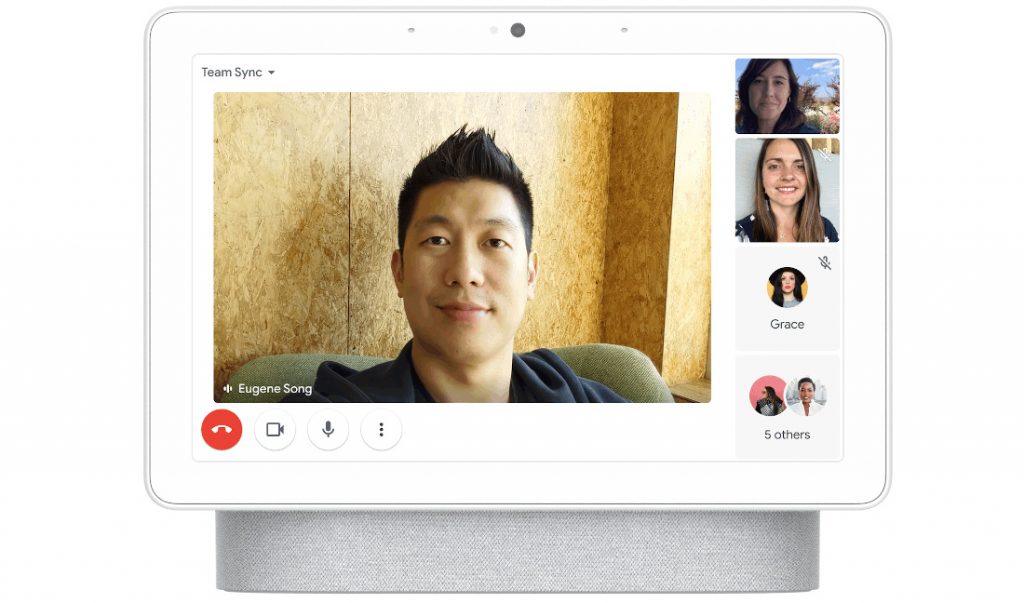 The number of group calling apps have increased a lot across many platforms since the pandemic, and now, Google announced that they will be supporting group video calls on Duo or Meet on their Nest Hub Max. Previously, users could only have one-on-one video sessions with their friends and family.

When using Duo for video calls on the Nest Hub Max, users must first create a group on the Duo mobile app and add members. After this, simply ask the Hub Max, “Hey Google, make a group call” and the device will prompt the user to select which group they want to connect to.

Google only added support yesterday for Google Meet on the Nest Hub Max. Those users who are enrolled into the G Suite with Google Assistant beta program can seamlessly join work meetings by saying, ““Hey Google, join my meeting”. The device will automatically connect to the next meeting that is on the user’s Google Calendar.

Another small feature that Google is rolling out today to smart displays and speakers in the USA, is the ability to add speed dials, called “Household contacts”. Once set up, users can quickly dial numbers their desired contact from the Smart Display’s household contacts list.