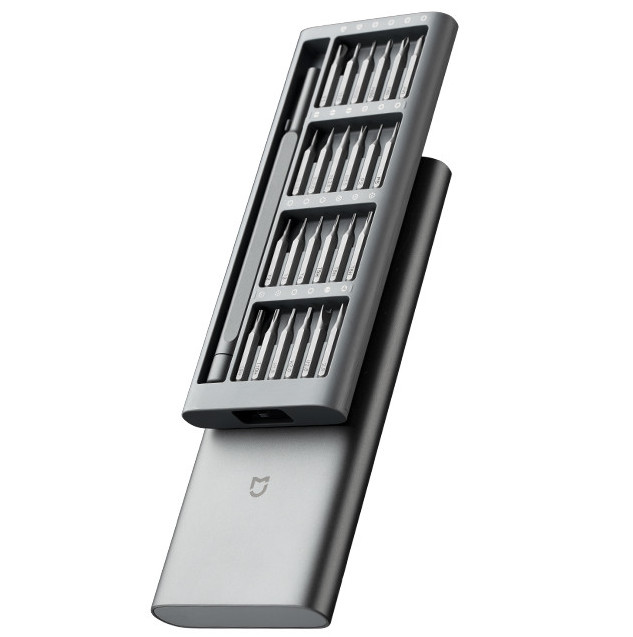 Xiaomi has confirmed that it will launch in India on May 26th.

That feeling when you #TakeControl and fix something on your own. 💪

A cool new tool coming your way on May 26.

RT 🔄 and spread the word. pic.twitter.com/677FUdEhfk

Update: Manu Kumar Jain, Global VP at Xiaomi and MD at Xiaomi India has confirmed in a tweet that the company will bring the precision screwdriver kit to India.

Got my hands on this upcoming super cool #Mi device & guess what I did? 😁 Dismantled one our latest phones. 🔧 🛠️

Can you guess which phone? RT 🔁 if you want to watch this #teardown #video? It’s time to #TakeControl 🙋

(PS: Do NOT dismantle any phone on your own)#Xiaomi ❤️ pic.twitter.com/EduCefQn1a

Earlier: Xiaomi is rapidly expanding its smart home and accessory lineup in India with launches like Mi Robot Vacuum Cleaner, Mi Toothbrush, true wireless earbuds, etc. On similar lines, Xiaomi is bringing yet another accessory to India soon, and it is expected to be the Mi Electric Screwdriver.

Xiaomi took to Twitter to tease the launch of a new product where the tweet reads “Something coming up for the ones who like to step up and fix things. A product for the ones who like to #TakeControl⚙️. Can you guess what’s coming? RT and tell us.😉“. The teaser video shows a glimpse of the product which is likely to be the Mi Electric Screwdriver, going by the tweet and the video.

The launch date in India is not revealed yet, but we should know more information in the coming days.