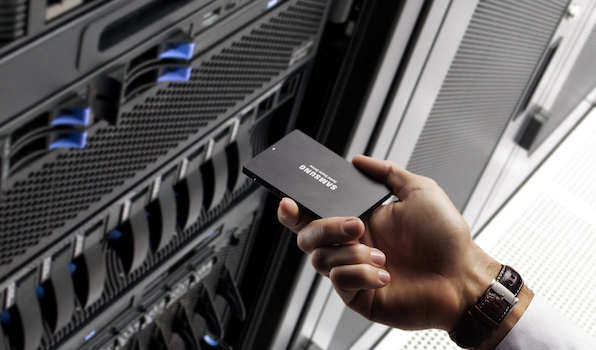 Targeting next generation data centre storage, Samsung Electronics has announced their PM9A3 NVMe SSDs that uses the SNIA-based E1.S form factor with full PCIe Gen 4 support. It will supports read speeds up to 3200MB/s, random writes of 180,000 IOPs and more.

The E1.S form-factor contains many of the benefits of a 2.5-inch U.2 SSDs, with its three-bit V-NAND storage technology, in a design that’s ideal for 1U server storage. The form-factor will allow hardware engineers to increase the density of SSD’s per server. Capacities for the drives will start from 960 GB and go all the way to 7.68 TB.

Offering the most 1U server-optimised form-factor, the PM9A3 will improve space utilisation, add PCIe Gen-4 speeds, enable increased capacity and more. We see it eventually becoming the most sought-after storage solution on the market for tier one and tier two cloud datacenter servers, and one of the more cost-effective