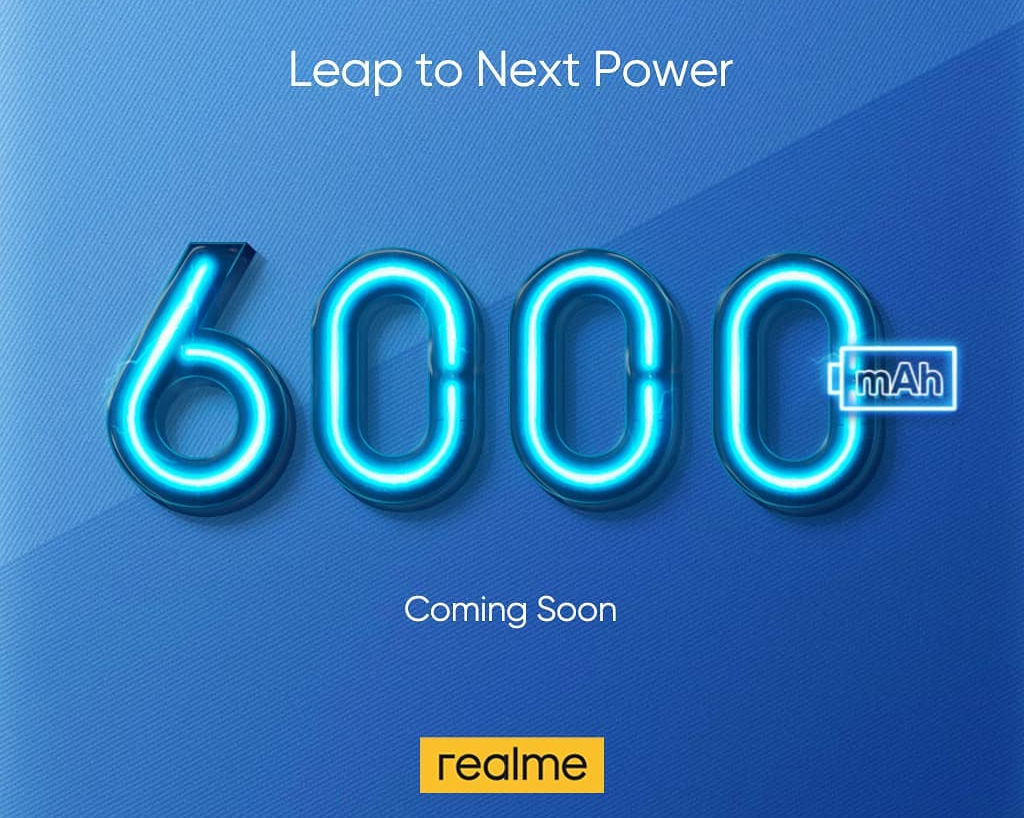 Update: July 13, 2020 — realme has started teasing its first smartphone with 6000mAh battery. This comes from Palson Yi, marketing director of realme Indonesia, which will be the first market to get the phone. We should know more details soon.

Earlier:  May 11, 2020 — Realme has launched several phones with a 5000mAh battery since the realme 5 which was launched back in August last year, and the latest Narzo 10 series phones pack a 5000mAh battery. Now a new realme battery BLP793 has received TUV certification. This is a 6000mAh (typical) / 5860mAh (minimum) battery which is the largest ever on a realme phone. 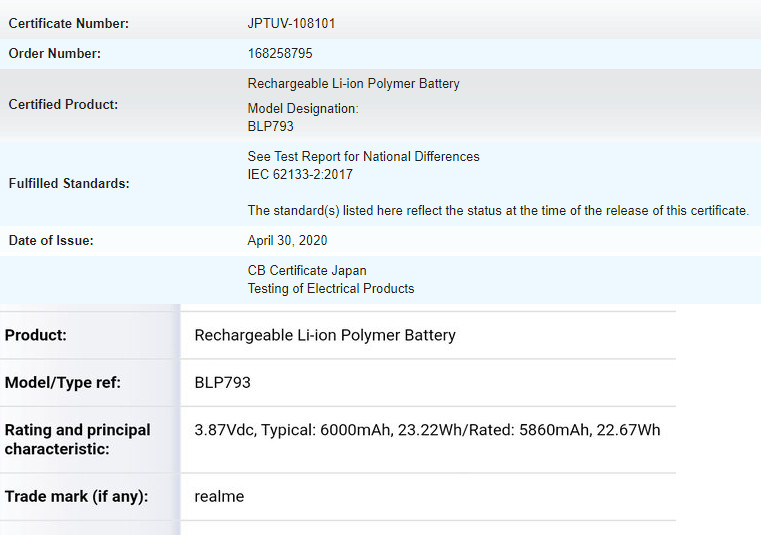 With this realme could compete with the Samsung M series phones that also come a 6000mAh battery. Hope these phones also come with at least 18W fast charging support with USB Type-C.

It is still not clear which realme phone will use this battery, but we can expect it to be a mid-range smartphone in the upcoming realme number series (7 or 7 pro) or C series to pack a 6000mAh battery. With the increase in battery the phones should also get heavier, but since its budget phones have a plastic body, the company should be able to manage it around 200 grams.