In a recent update, WhatsApp Beta has started testing a feature called ‘Delete messages‘ that was introduced as part of its rumoured cleaning tools for deleting messages in Groups. Now, in WhatsApp Beta v2.20.83/v2.20.84, they are reportedly testing the disappearing messages feature for personal chats too. 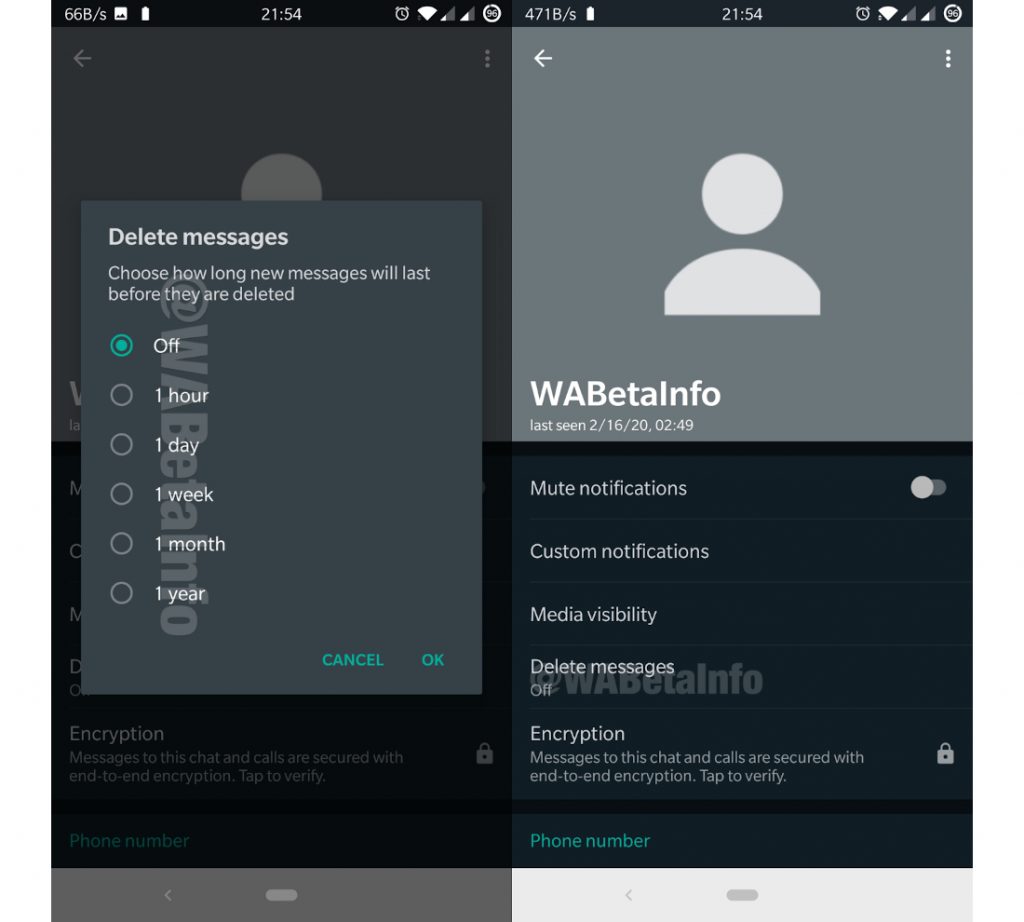 The feature has come under many names, the latest being ‘Delete messages’. The feature was exclusively meant for Group chats, but now it seems like WhatsApp is testing the feature for individual chats too with update 2.20.83/2.20.84.

The feature works similar to the group chats, except instead of the feature being enabled by the group administrator, it will be available in a person’s profile menu. Clicking the ‘Delete Messages’ option will bring up a window from which the user can choose the time at which the messages will get deleted. Once an option is chosen, a little watch icon will appear next to the message sent time on each chat bubble, indicating that the message will be deleted later on.

The feature is currently unavailable for stable users and will may be enabled for everyone soon. You can become a tester for Whatsapp Beta for Android here and for iOS here, but the Delete Messages feature is not available yet and it might be introduced for all in future beta version.