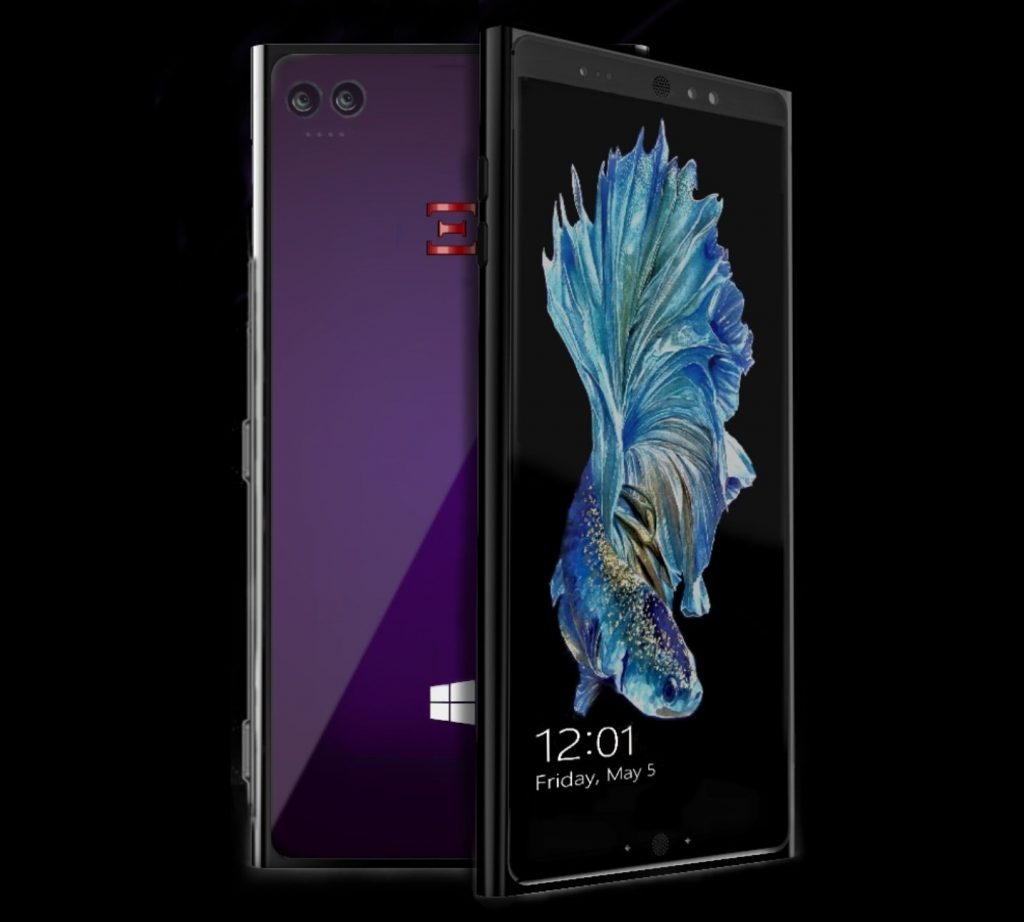 Emperion, a company based in UK has teased a device, in a tweet, that has the form factor of a phone and is apparently running Windows 10 on an ARM based processor. The device is called Nebulus and will have the capability to run Android apps without an emulator.

Emperion has not revealed much in the tweet except for showing an image of the device itself. Sources from Windows Central have managed to get more information, confirming that the device is powered by an overclocked version of a Qualcomm Snapdragon 845 chip. It will have a headphone jack, come with carrier unlocked and will have expandable storage up to 2TB via MicroSD. The device will be able to switch to desktop mode quickly via wireless or its USB-C port, similar to Continuum.

While the phone will have a SIM card slot, the phone is unlikely to support phone calls as Windows 10 on ARM does not have native telephony abilities. Emperion will likely use Skype and LTE for calls and messages. Another interesting feature that Emperion confirmed is the ability to run Android apps without using emulators. At the moment, Android apps can run on Windows on emulators like Blue Stacks, etc. but this device can run apps without such emulators. Emperion has announced that there will be more information released soon on this device.