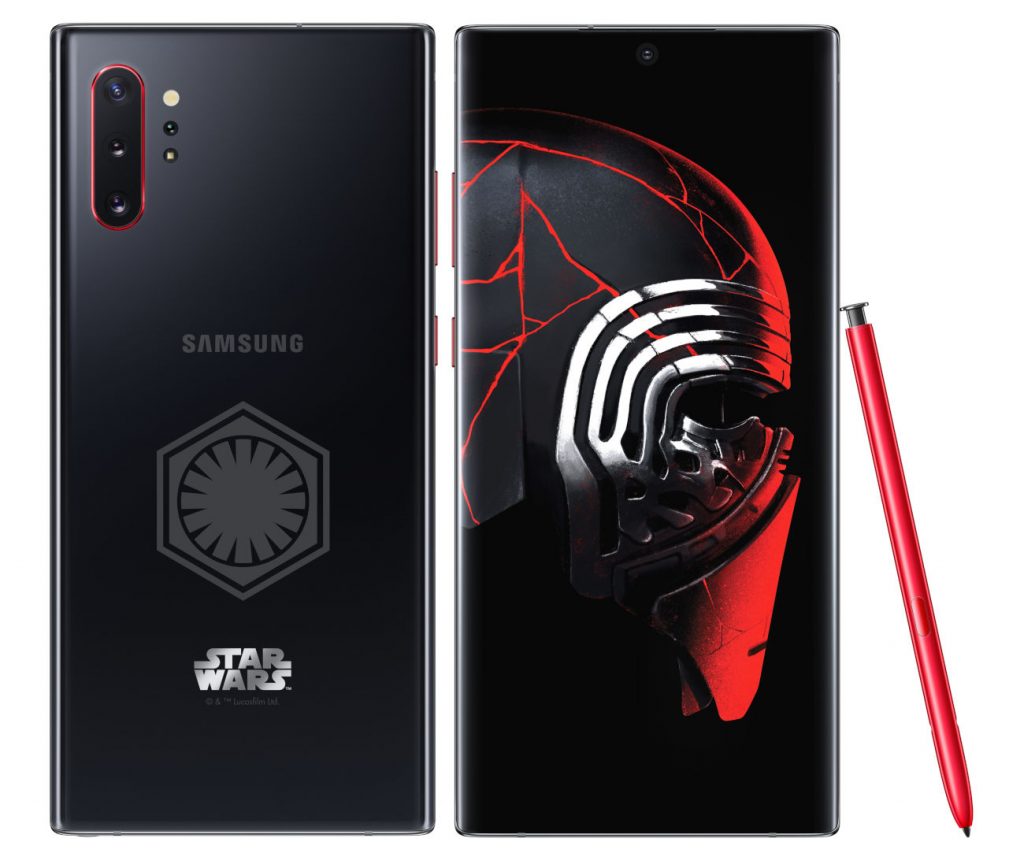 Samsung just announced Galaxy Note10+ Star Wars Special Edition ahead of release of Star Wars: The Rise of Skywalker movie on December 20. The phone features Star Wars-inspired design elements and digital content. This special edition device will be bundled with a specially designed case, a metal badge as a collector’s item, an S Pen, and Galaxy Buds.

The bundle also comes with exclusive Star Wars-themed content including wallpapers, shutdown animations, icons and sounds for the Star Wars fans. The special edition device adds to the collaboration between Samsung and Lucasfilm, which includes the recently launched holiday campaign film, celebrating the theatrical release of Star Wars: The Rise of Skywalker.

The Galaxy Note10+ Star Wars Special Edition will be available in select markets beginning December 10, 2019. In the US it is priced at $1,299.99 (Rs. 93,580 approx.) and will be available in limited quantities in an Unlocked by Samsung version starting December 13 in the United States from Amazon, select Best Buy stores, select Microsoft stores, Samsung.com and the Samsung Experience Stores.