Facebook has released their quarterly earnings report for Q3 2019. The company has posted a 29% year-on-year growth in total revenue, split between 28% from advertising and 42% from Payments and other fees. Mark Zuckerberg, Facebook’s CEO, also explained in a post how they will not ban political advertising on the platform while the company believes in defending free expression. 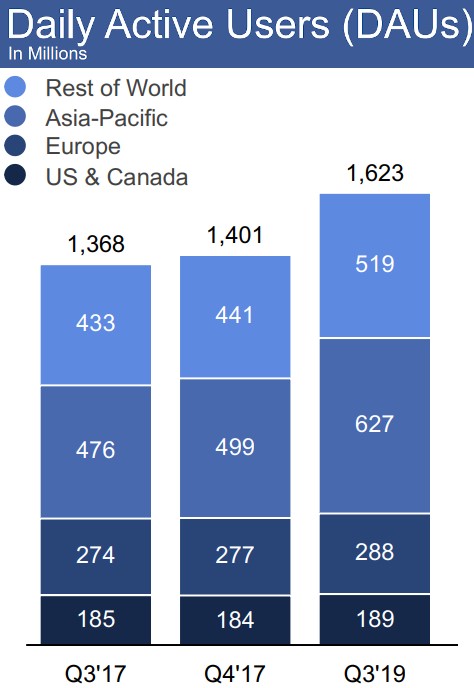 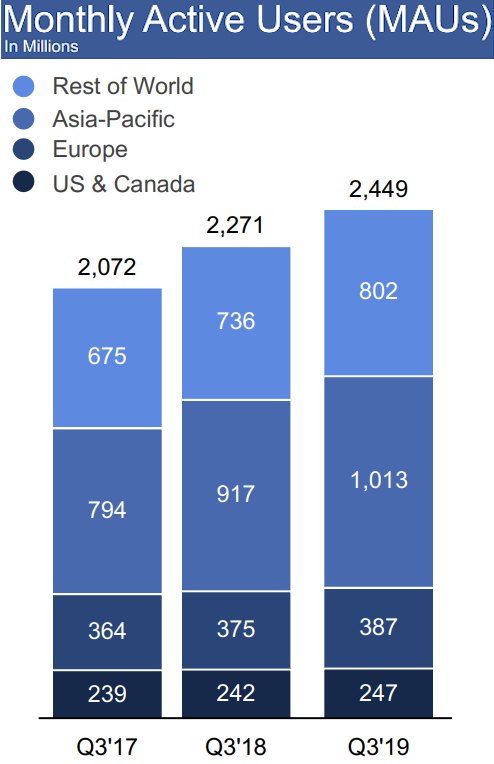 In the earnings report, Facebook reports that its Daily Active Users (DAU) has seen an increase of 9% year on year with an average of 1.62 billion users. Its Monthly active users (MAUs) on the other hand, averaged 2.45 billion as of September 30, 2019, an increase of 8% compared to Q3 2018. Mobile advertising revenue contributed to 94% of its revenue, which is up from the 92% contribution for Q3 2018 revenue.

In Mark’s post, he explained that Facebook, Instagram and Whatsapp have a total combined user count of about 2.8 billion people, with 2.2 billion people using at least one of our services daily. Facebook also estimates that more than 140 million businesses, mostly small businesses, are using our services each month to grow, create jobs and become social hubs in their communities.

Mark Zuckerberg’s post came just a few hours after Twitter’s CEO, Jack Dorsey explained in a tweet about the ban of all political advertisement on Twitter’s platform. Facebook has announced that it will not follow in the footsteps of Twitter and will continue to allow political advertisement on the platform, with the belief that they are supporting freedom of expression.

In the post, Mark Zuckerberg has estimated that they are not doing this for financial reasons, estimating that these ads from politicians will be less than 0.5% of our revenue next year. He does not believe its right for private companies to censor politicians or the news and “free expression has been important for driving progress and building more inclusive societies around the world”. He also claims that Facebook invests more in getting harmful content off our services than any other company in the world.