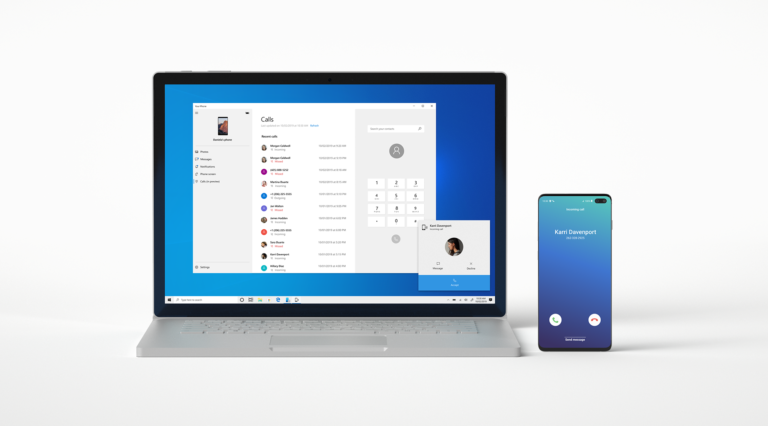 Microsoft has started rolling out Windows 10 Preview Build 18999 (20H1) to Fast ring testers and finally brings the ‘Calls’ feature that was announced back in August. Alongside the new ‘Calls’ feature, the preview build also brings changes to the ability to move & resize Cortana’s window, general changes, improvements, and fixes for PC.

In order to use the Calls feature users will need a handset running Android 7.0 or higher, Windows 10 (build 18362.356) PC with Bluetooth support, and ‘Your Phone’ Android app. With the Calls feature, users can answer incoming phone calls on their PC, initiate phone calls from their PC using in-app dialer or contact list, decline incoming phone calls with custom text or send directly to the phone’s voicemail, access recent call history on their PC.

However, since it is a preview build there is a known issue wherein feature may require users to pair their mobile phone and PC again and a simple unpairing and going through the setup again will fix the issue. Apart from this, the preview build also brings changes to the ability to move & resize Cortana’s window, general changes, bug fixes, and improvements.

The ‘Calls’ feature will gradually roll out to Insiders on 19H1 builds or newer, so it may take a few days to be available inside the ‘Your Phone’ app.