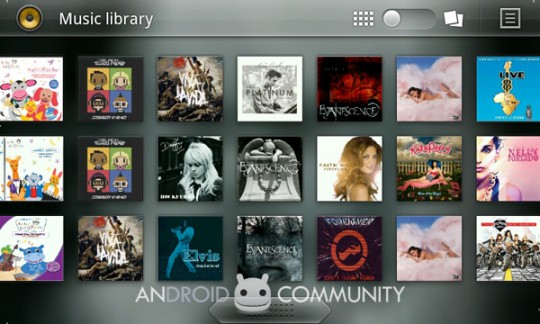 Google had announced a major change in their music player during Google I/O 2010 but the new GingerBread didnt come with  new Music player. But  XDA member johnnie93 has managed to get his hands on the leaked Music player of Honeycomb

This new music player is different from the old one and it looks similar to the  3D gallery application in Froyo aka Android 2.2 . The music player is very smooth as the gallery app. This app comes with an another app called “Jumper test” which allows you to browse the music library of your PC from your android device.

This Music player is not the final product and its still buggy.

Instructions to get the new MusicPlayer Here