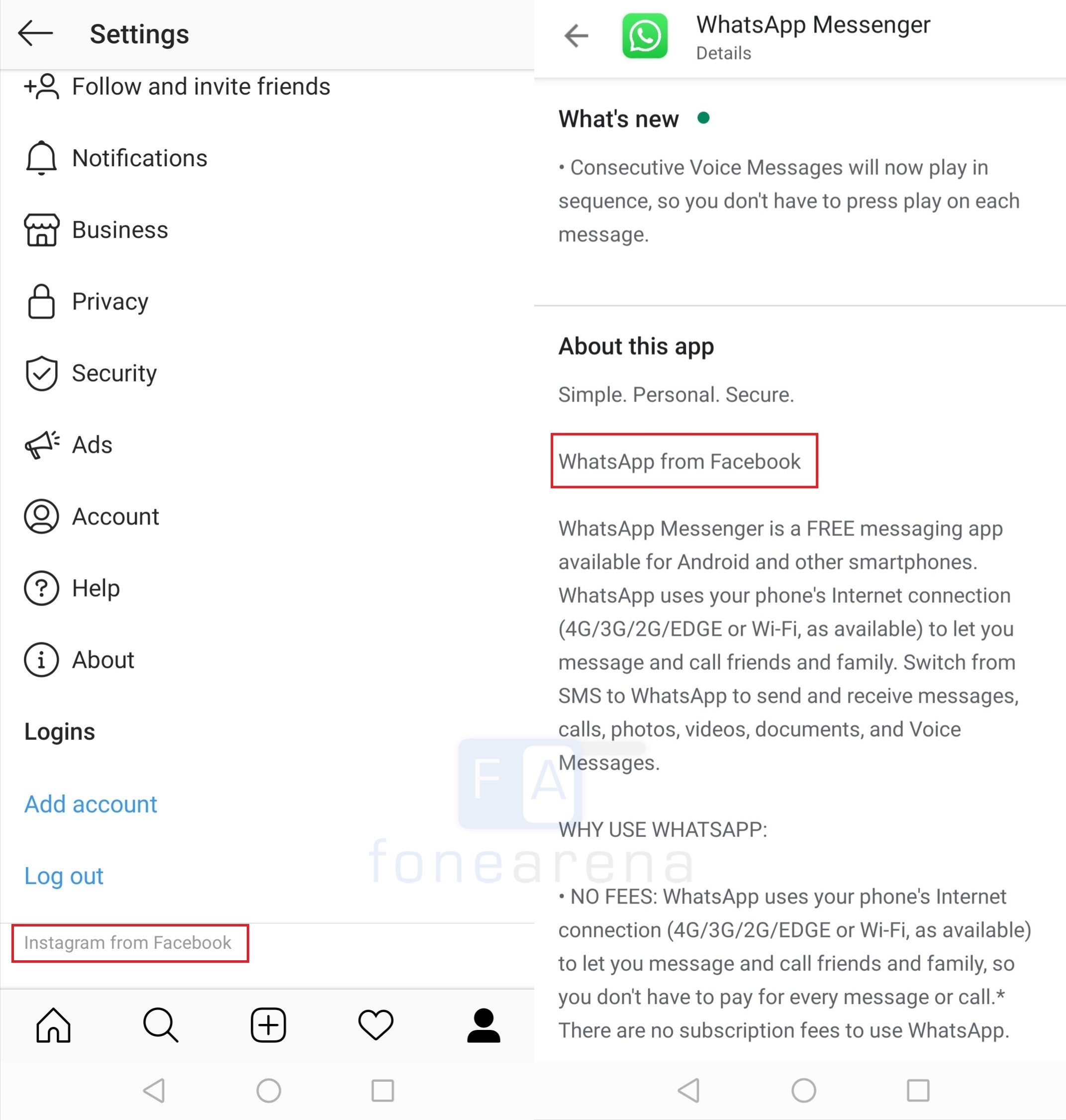 Facebook has been bringing changes and introducing new features to WhatsApp and Instagram post acquiring it. In similar lines, Facebook is all set to rebrand its popular IM apps and add its name and has in fact begun adding to some screens.

The employees of Instagram and WhatsApp were recently informed about the changes as antitrust regulators are examining Facebook’s acquisitions of Instagram and WhatsApp. Facebook is also using a similar naming pattern for its other apps including ‘Workplace'(‘Workplace by Facebook’) which is a collaboration and communication tool that connects employees to one another via an internal social network.

In other news, there were reports that Facebook plans to integrate its messaging services — WhatsApp, Instagram, and Facebook Messenger by the end of this year or by early 2020.

Commenting on this, Bertie Thomson, a Facebook spokeswoman said: