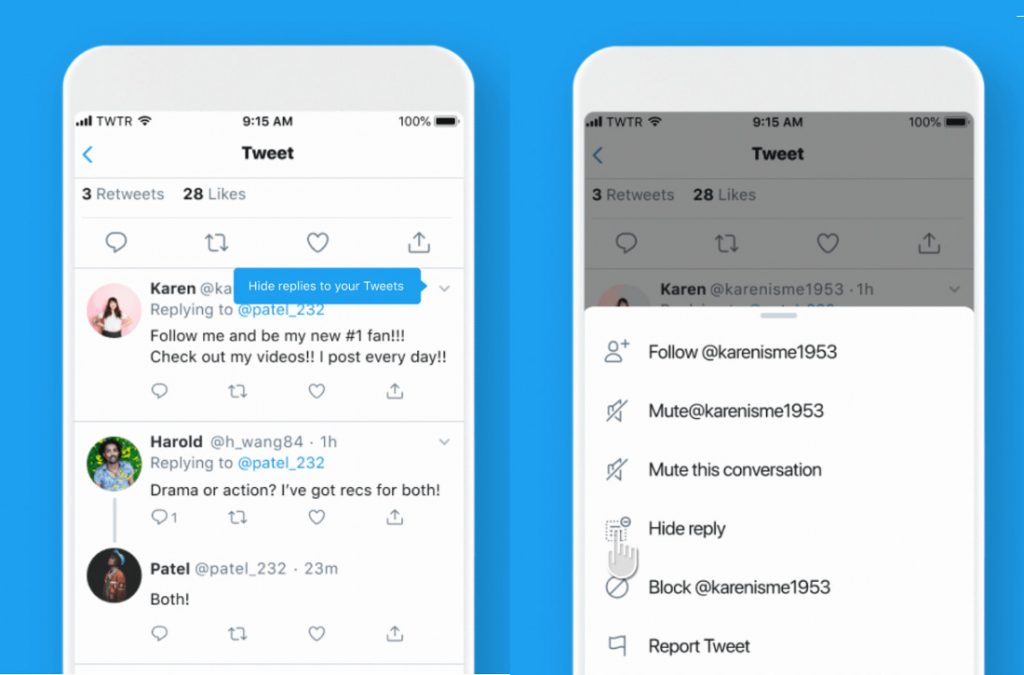 Update: November 22 — Twitter has started rolling out the hide replies feature globally so that users can choose to hide replies to their Tweets, after testing it back in July. Everyone can see and engage with hidden replies by tapping the gray icon that will appear on the Tweets. It has also posted things it learned during the test.

Starting today, you can now hide replies to your Tweets. Out of sight, out of mind. pic.twitter.com/0Cfe4NMVPj

To fight it out, various platforms are coming up with new features that would allow users to better control the privacy of their conversations. In this regard, the micro-blogging website Twitter is working a feature called “Hide Replies”, starting with users in Canada which will be rolled out globally.

We’re testing a feature to hide replies from conversations. This experience will be available for everyone around the world, but at this time, only people in Canada can hide replies to their Tweets.

We want to know what you think. Please Tweet us your feedback and questions! https://t.co/H7iMtEhCUP

With this feature, users will be able to hide replies in the conversation threads that are negative or offensive. Having said that, followers can still see the hidden replies just by pressing the new icon. According to the micro-blogging website, this feature enables users to have a more healthy conversation.

A few hours later, Twitter updated, “Update: we’re turning off the experiment on Android to fix some crash issues we’ve run into. We’ll let you know as soon as it’s back on”

Update: we’re turning off the experiment on Android to fix some crash issues we’ve run into. We’ll let you know as soon as it’s back on! https://t.co/bnOmSzCP2f

All said and done, it is unclear when it might expand to other countries. Rolling out this feature depends more on the feedback it receives through the test. Lately, Twitter introduced several changes to its platform including a dedicated ‘Report’ option, ability to Retweet with GIF, photos and video as well.