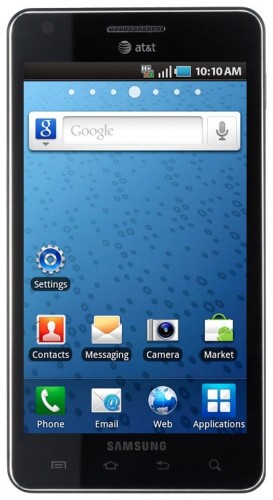 Samsung and AT&T have announced the Infuse 4G at CES (Consumer Electronics Show) in Las Vegas. It incorporates many new technologies.

For starters, this is the first phone to use the 4G HSPA+ network and also feature Samsung’s new Super AMOLED Plus technology. The technology uses 50% more sub-pixels for better contrast and outdoor visibility.

Here are it’s features at a glance:

Looking at the specifications, we feel that this device matches the Galaxy S2 rumours. So maybe the non-US version of this handset might be the Galaxy S2 after all.

It will be launched later in 2011 but there is no word on the pricing.