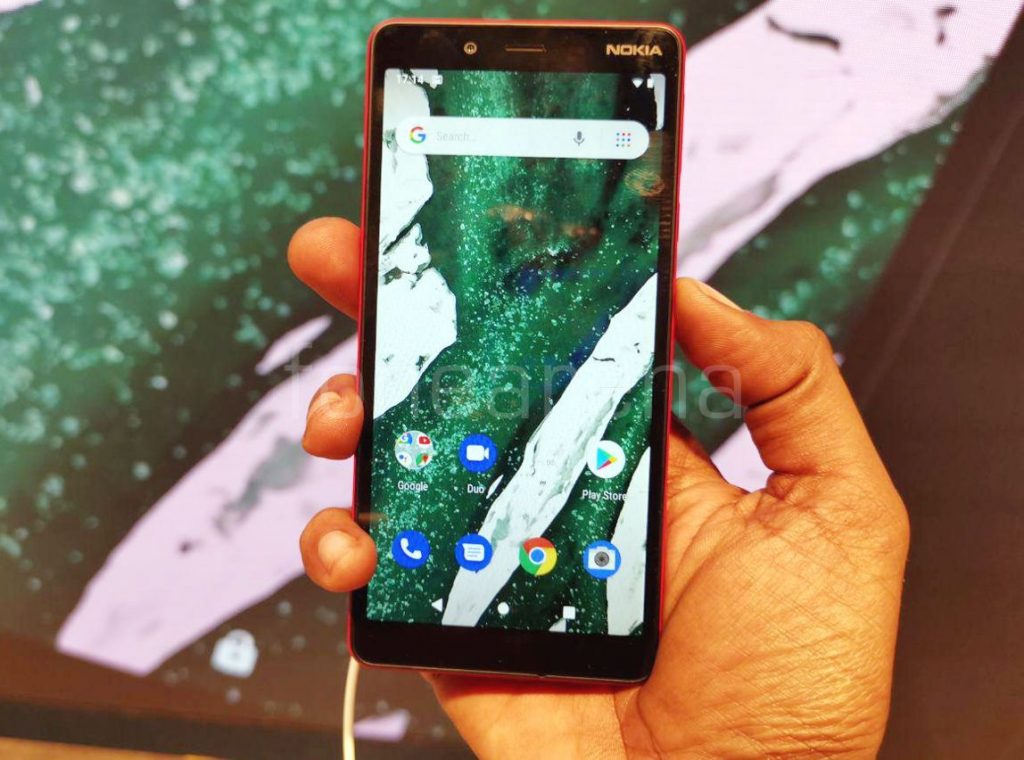 HMD Global at the MWC 2019 event has introduced the Nokia 1 Plus Android Pie (Go Edition). It is the successor of  Nokia 1 that was introduced last year at the MWC. It comes with a textured finish and the swappable rear covers. Here we bring you Hands On and Photo Gallery of the phone.

It has a 5.45-inch FWVGA+ IPS display and packs a 2500mAh battery and back panel gets changeable back covers. It is powered by the MediaTek MT6739W 64-bit processor with PowerVR Rogue GE8100 GPU, 1GB of RAM and runs Android (Pie) Go Edition. 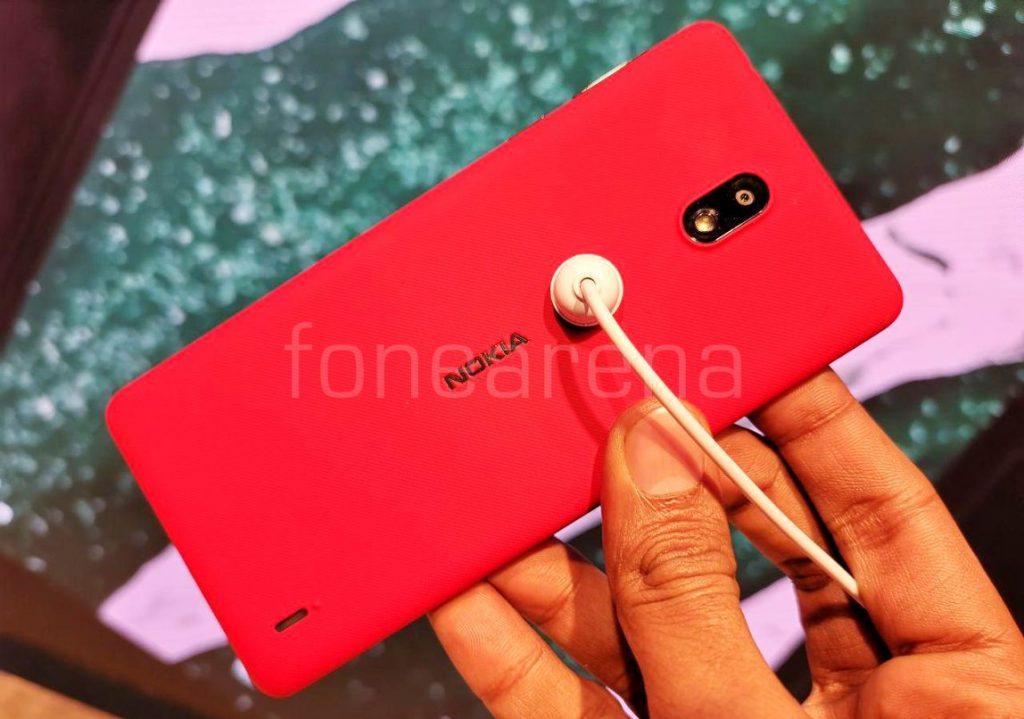 On the storage front, it comes with 1GB RAM with 8GB storage, expandable up to 128GB via micro SD card. It doesn’t come with a fingerprint sensor. As for the camera, it has an 8MP rear camera with LED flash and a 5MP sensor on the front.

On the right, you have the power and volume rocker buttons which are tactile and offer good feedback. On the back, you have Nokia branding, camera module, LED flash, and speaker. The microUSB port is present on the bottom, while the 3.5mm audio jack is placed on the top. 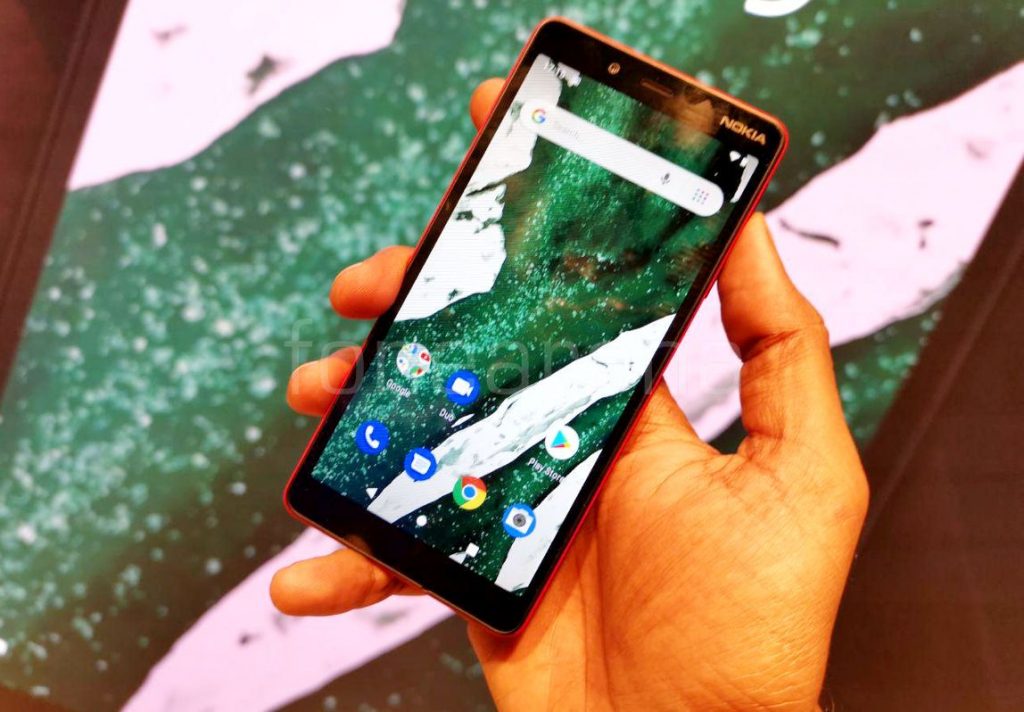 This device measures 8.55 mm in thickness. It also has support for 4G VoLTE. 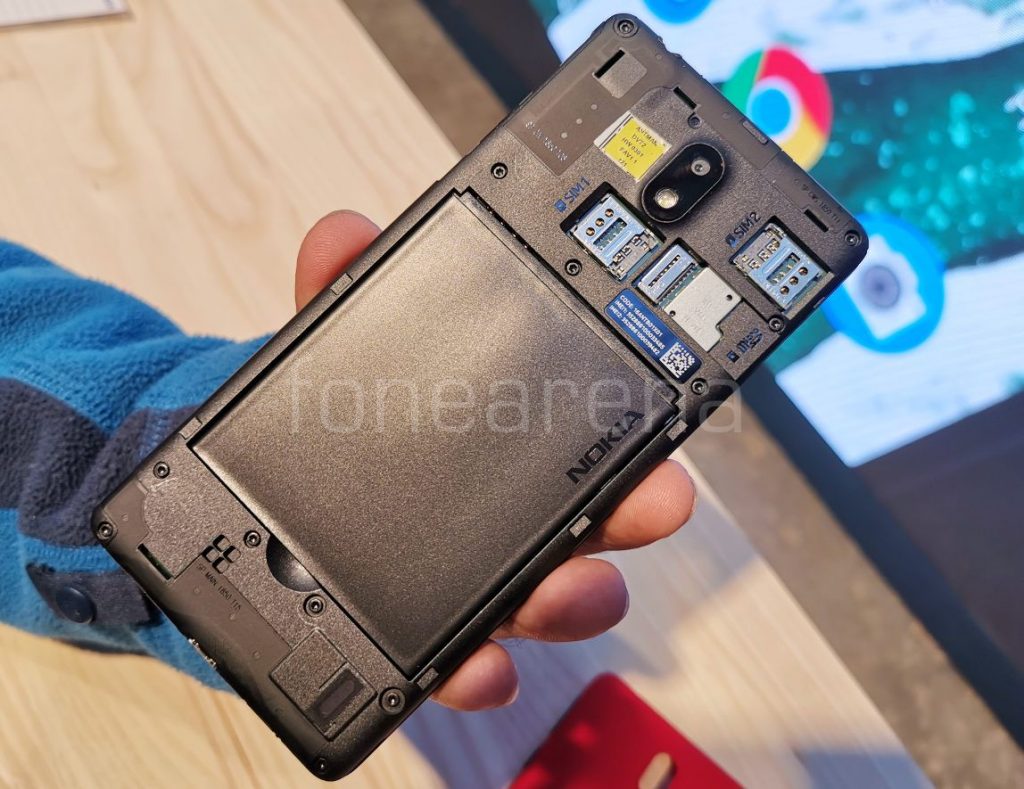