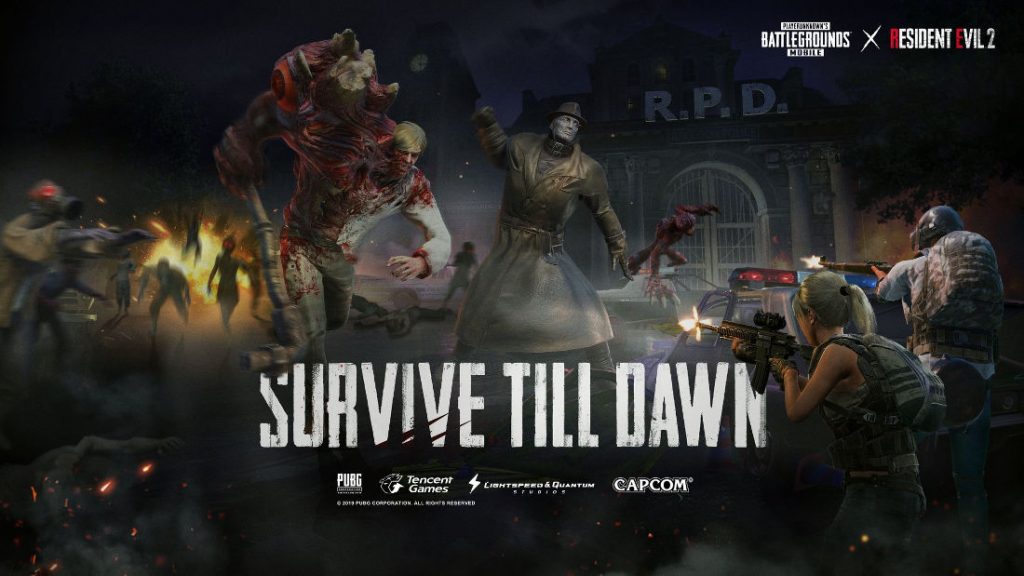 Tencent games; makers of PUBG has rolled out a new update which brings the version number to 0.11. This update brings the much-talked Resident Evil 2 content integration along with the main menu theme and music. The company says that the Zombie: Survive Till Dawn is a new event mode that will be available for a limited time only.

You will have to fight to survive in Erangel map, but zombies and bosses from RE2 will also spawn on the map. When you kill the zombies, you get resources and items. It has added moonlight to Vikendi map, Resident Evil 2 Treasures event.

Even though there are four maps available in the game, only Erangel is available for Arcade mode. That changes with today’s update, Sanhok map is now finally available in Arcade – Quick Match. Other inclusions in the new update are; character image and Connections are now visible on the profile, added new titles: “#1/100” (permanent) and “Survivor” (time-limited).

The update has just started rolling out to iOS and Android.