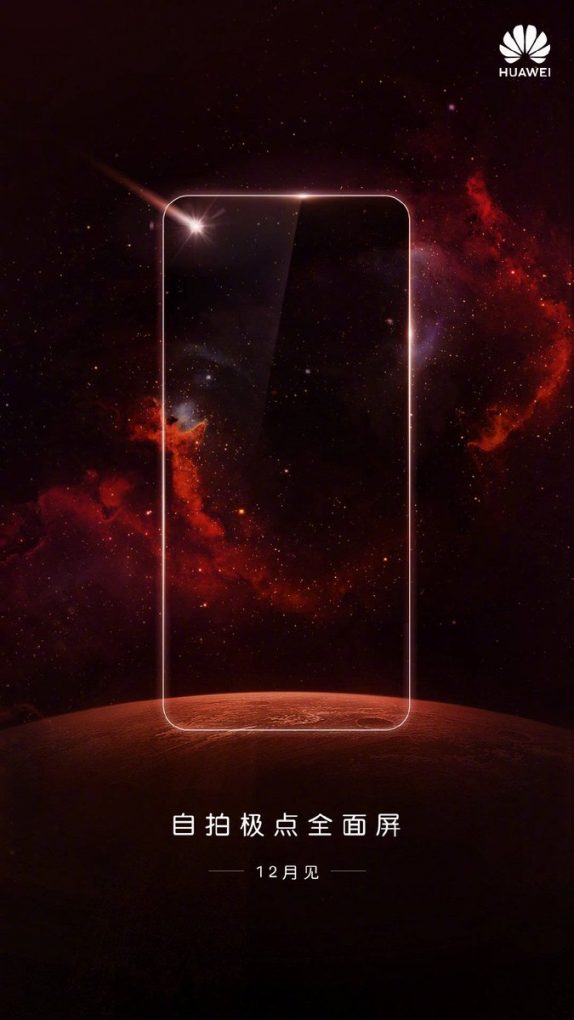 Huawei has posted a new teaser that reveals that it working on a new smartphone that might be competing with the Galaxy A8s which is rumored to have a small hole within the display to accommodate the front camera. The upcoming Huawei smartphone whose name is currently under the wraps said to feature a similar cut out at the top-left corner is also said to launch in December.

According to rumors, Huawei is planning on becoming the first company to launch the phone with this new design before Samsung does. At the moment, the specifications and the exact details of the smartphone are not clear. The company has just released a teaser image which just shows the phone with no bezels on any corner and a cut out at the top for the front camera. The image doesn’t mention any further details except for the December launch. 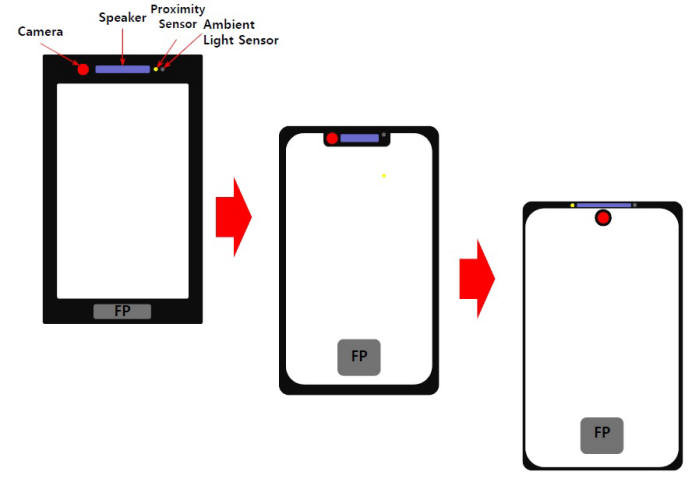 According to earlier reports, it might include an in-display fingerprint sensor. With December right around the corner, it should be interesting to see which company does the cutout notch better since it’s not about who does it first but it’s about who does it best. Stay tuned for more details.