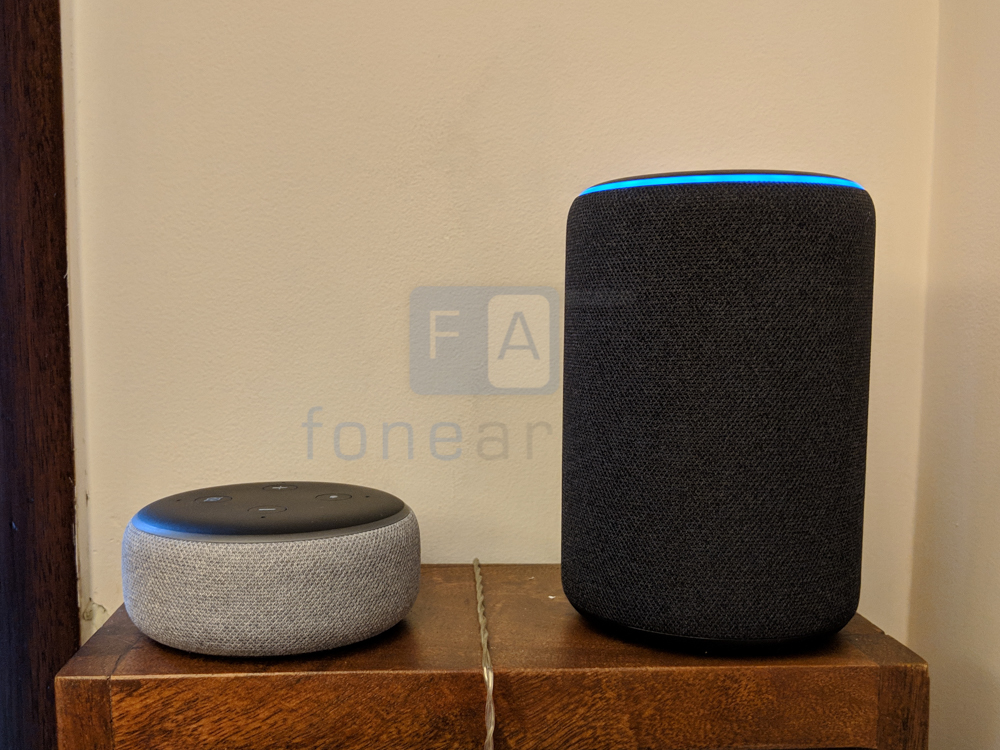 Alongside the all new 2018 edition Echo Plus, Amazon also announced a new Echo Dot recently. The 3rd generation Echo Dot makes improvements in design and audio while retaining the same basic formula. Let’s take a closer look at it.

Like the Echo Plus, the new Echo Dot too eschews the industrial looking all metal design. A shorter and squatter version of the Echo Plus, the Dot is surrounded by fabric on the sides while the top is matte plastic with four buttons on top. The buttons let you control volume, mute the microphones and invoke Alexa. 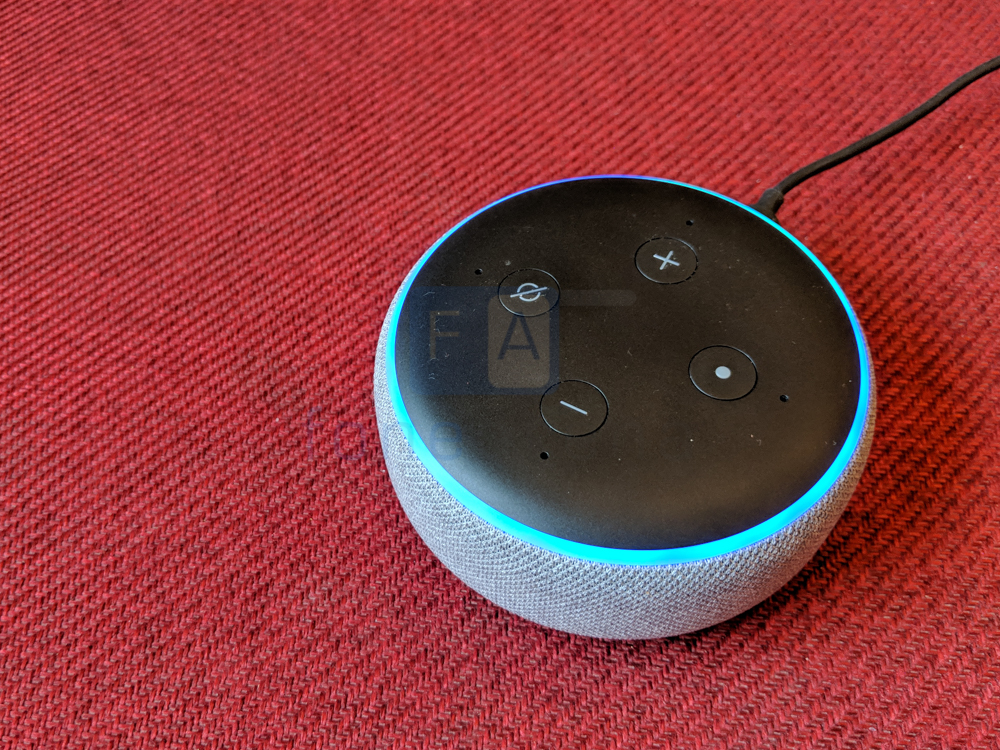 A ring of LEDs run around the top of the speaker that turns blue when you invoke Alexa. A greenish yellow light indicates volume percentage. Meanwhile, just like the larger speakers, a teal coloured light bar follows you around as the Dot switches between the four far-field microphones to the one nearest you. The lights turn red when the speaker is on mute. 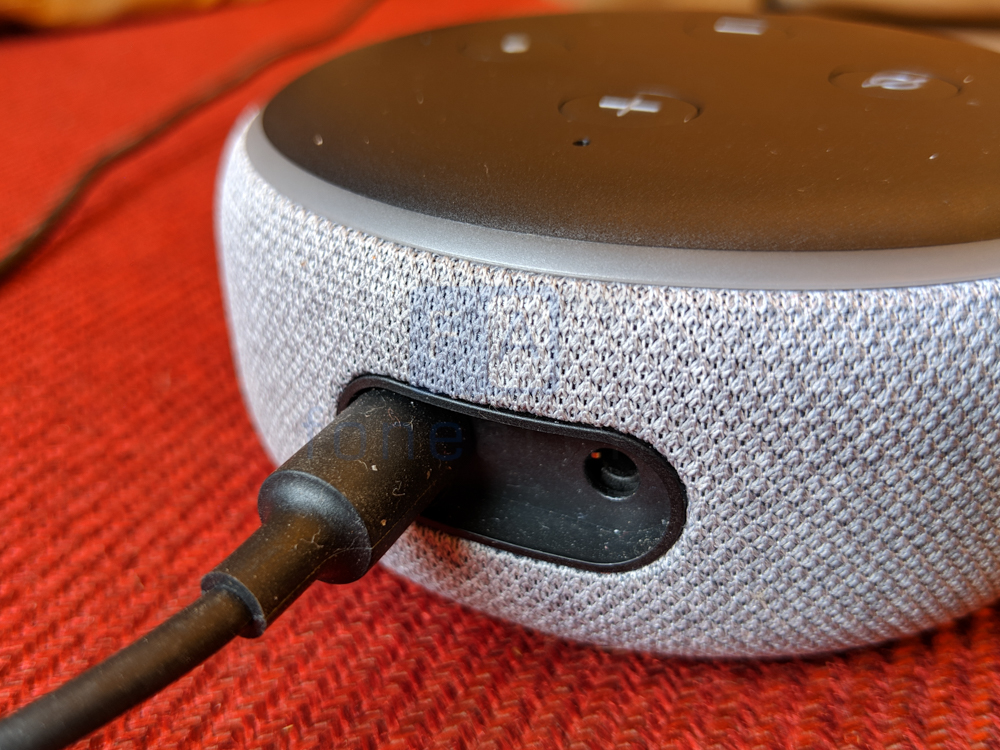 At the back is a power port as well as an auxiliary port for connecting the Dot to larger speakers. Unlike on the Echo Plus, you cannot use the port as an input but the Dot’s limited audio capabilities mean that you’re not really missing out on much. The bottom is rubberized to prevent it from slipping on a wood surface. It does attract a lot of dust and lint making it really hard to clean. 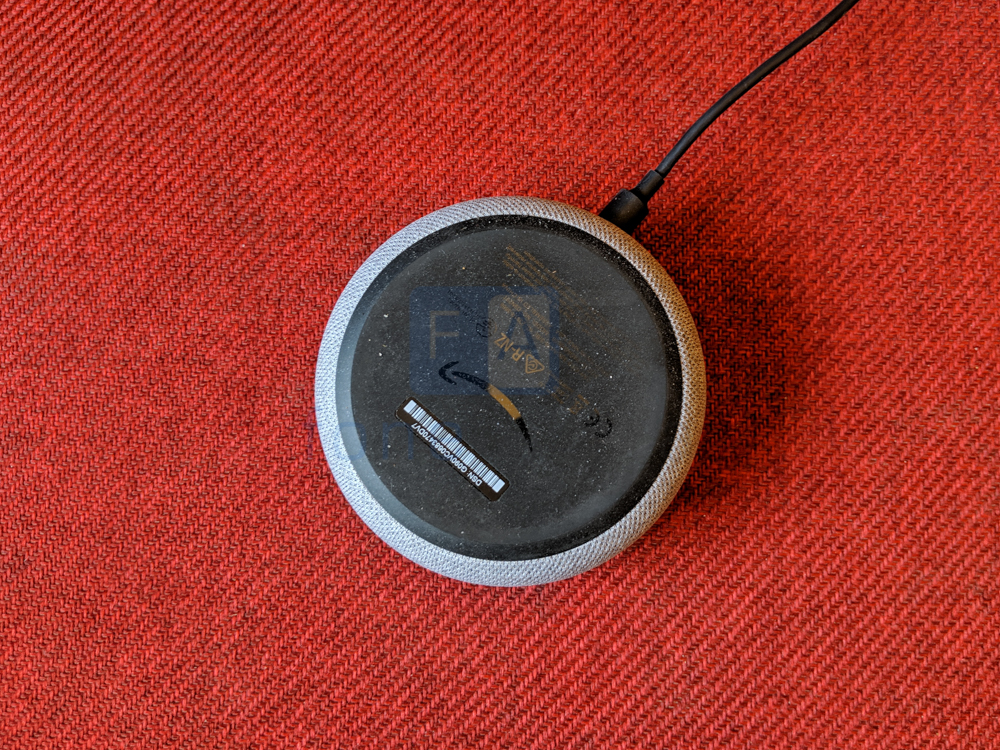 Overall, the Echo Dot looks nice enough. The design doesn’t really stand out either which makes it perfect for hiding away in cubby holes. I suppose that’s what Amazon is going for to ensure that you don’t mind placing these speakers all around your house.

Audio quality is the other area where Amazon claims to have made improvements. Using a 1.6-inch driver, the 3rd generation Echo Dot is significantly louder than the previous generation Dot. The larger driver also gives it more bass especially midbass. This results in a sound that is warm and lush, which works well for listening to popular music. There is also a bit more clarity on the upper end for vocals. That said, the Echo Dot really is not meant to replace a quality speaker system. For all its improvements, the audio quality still pales in comparison to a proper Bluetooth speaker. If you do have a Bluetooth speaker lying around though, it is a cinch to pair the Echo Dot with it over Bluetooth or using a 3.5mm cable giving you the best of both worlds.

The Echo Dot has the exact same smart capabilities as nearly every other device in the Echo ecosystem. Since the hardware is essentially just a carrier to get the cloud-based Alexa services into your home, it is trivial for Amazon to update these and bring newer capabilities to older hardware. The Dot does not have a built in ZigBee hub unlike the Echo Plus which means that in case you’ve got ZigBee based automation, think Philips Hue, you’ll need to invest in a dedicated hub. For everything else though, the Dot can do anything that the larger Echos can. This includes streaming music, shopping from Amazon, looking up weather, news, currency conversion and more.

Priced at Rs. 4,499 and much lesser during frequent sales, the Echo Dot is perhaps the best way to test the waters of smart speakers. It looks good enough, doesn’t sound terrible particularly in smaller spaces and has all the capabilities of its larger brothers. Amazon has done a good job of building out a skill ecosystem and has courted quite a few developers to build exclusively for Alexa. The Echo Dot also does a bang-up job of recognizing Indian accents. All of which is to say that you can’t go wrong with the Dot, be it for trying out your first smart speaker or for adding one to every room in your house. You can get it on Amazon.in.