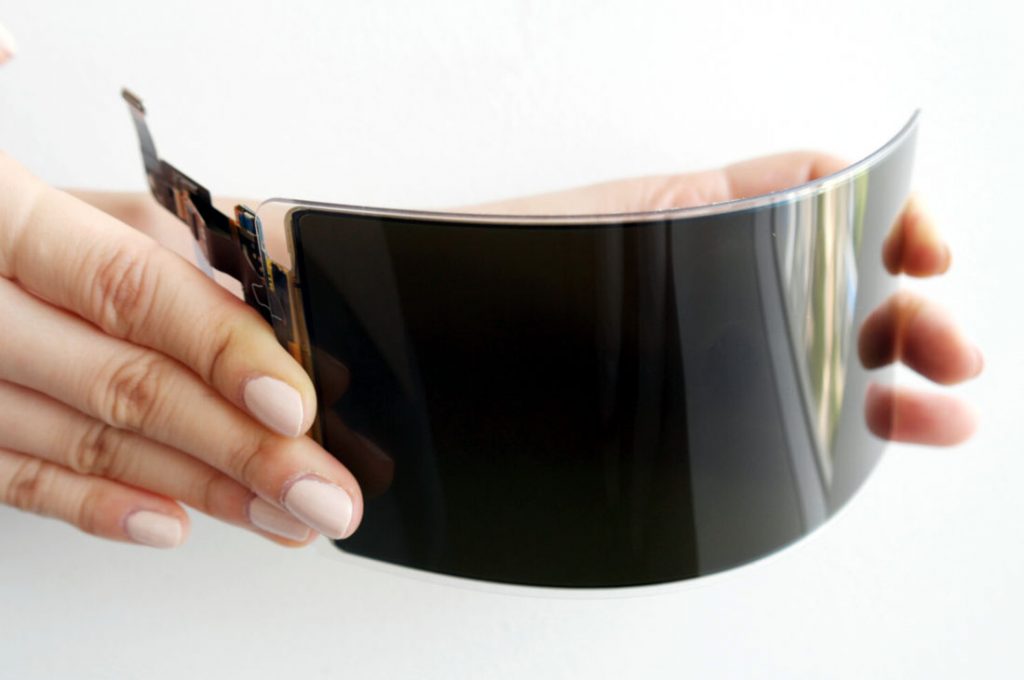 Samsung Display has filed a patent for a tablet with a flexible and bendable screen. The patent was filed with WIPO in April 2018 for a ‘Display Device’ and was published on October 11, 2018. The patented tablet can be bent in two directions exactly in the middle 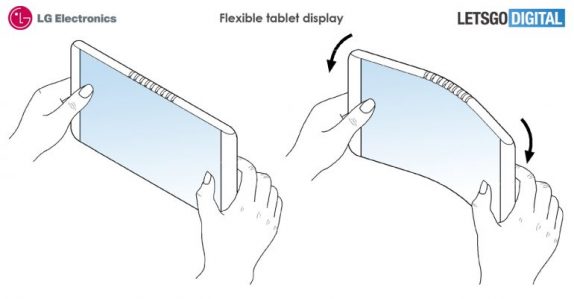 The device lets you use it folded or unfolded; if you want to use a small display, you can bend the tablet in the opposite direction. The user interface will then be adjusted, compared to when you use the device in a fully open state. This Samsung tablet is expected to come with a flexible and bendable screen with a cover on both the left and right side of the display. 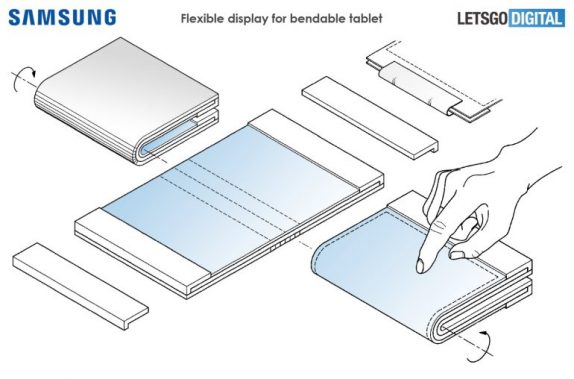 The cover is made of a metallic material, such as aluminum foil and all the necessary components will also be included in the cover. The display itself is touch sensitive. With Samsung patenting so many technologies, it is unclear if the company would ever bring this foldable tablet into reality.