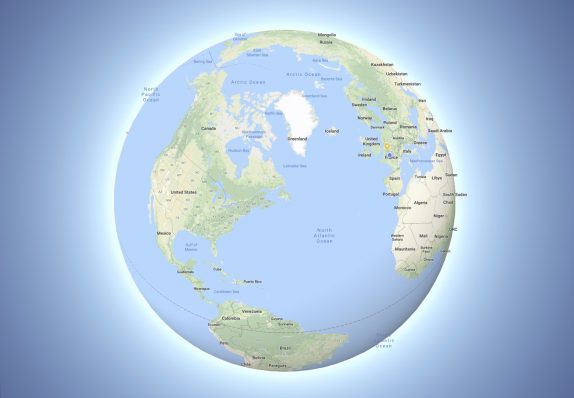 Google is moving past 2D as it is adding a new 3D Globe Mode on the desktop. This new mode shows the Earth as a globe rather than a flat surface. For the mode to work, you need to zoom out far enough, and then you will eventually get a moon’s-eye view of the earth.

With 3D Globe Mode on Google Maps desktop, Greenland’s projection is no longer the size of Africa.

This change brings in a more realistic view and according to Google, “with the 3D Globe Mode on Google Maps desktop, Greenland’s projection is no longer the size of Africa.”  This feature falls in line with the ‘Google Earth’ that represents the earth from that viewpoint.

The new “Globe Mode” update is only available on desktop and works on all major browsers, including Chrome, Edge, and Firefox. However, there’s no information regarding the mobile availability.