Twitter today announced financial results for its second quarter 2018. The company’s Q2 revenue totaled $711 million that is a solid increase of 24% year-over-year. Twitter’s Advertising revenue was around $601 million, a growth of 23% YoY. it reported a net income of $100 million in Q2 2018. 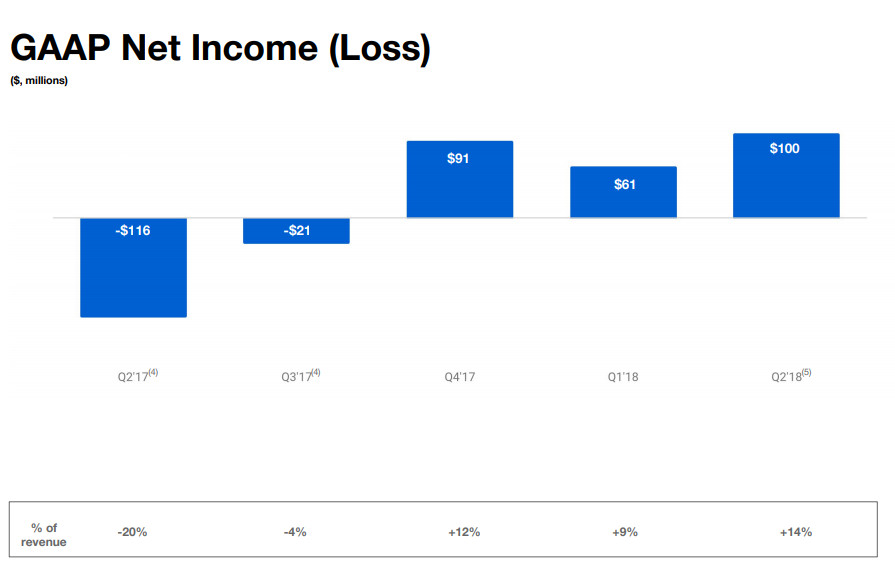 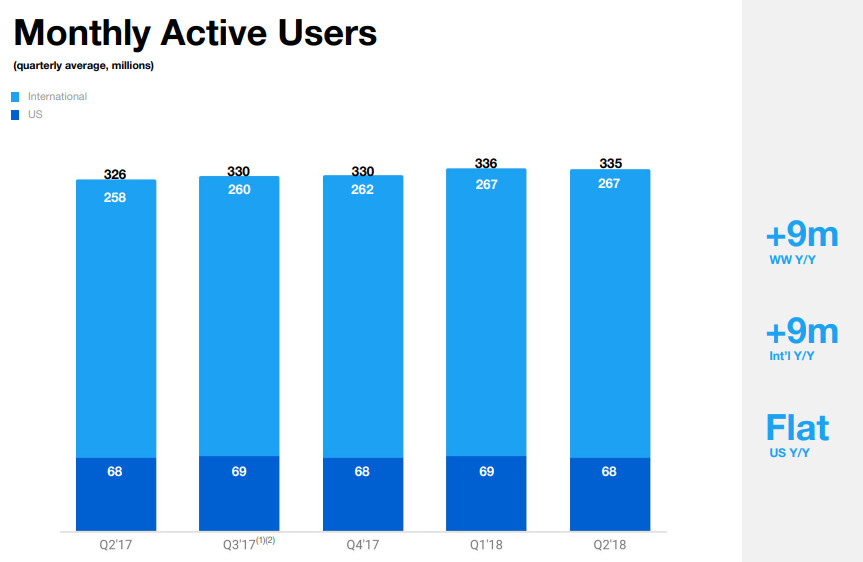 The average international MAUs were 267 million in Q2, compared to 258 million in the same period of the previous year. Average daily active users (DAU) increased 11% YoY, compared to 10% year-over-year growth in Q1.

Our second quarter results reflect the work we’re doing to ensure more people get value from Twitter every day. We want people to feel safe freely expressing themselves and have launched new tools to address problem behaviors that distort and distract from the public conversation. We’re also continuing to make it easier for people to find and follow breaking news and events, and have introduced machine learning algorithms that organize the conversation around events, beginning with the World Cup. These efforts contributed to healthy year-over-year daily active usage growth of 11 percent and demonstrate why we’re investing in the long-term health of Twitter.