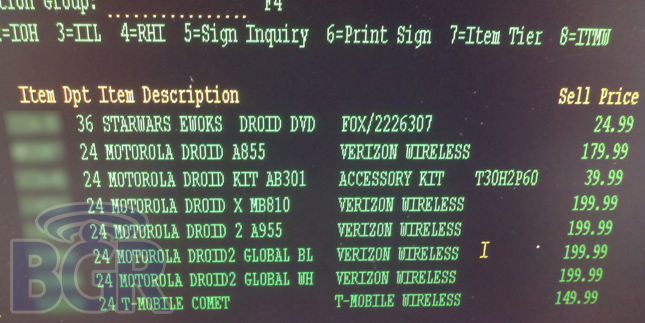 The screenshot also shows the T-Mobile Comet, which is an Android powered phone by Huawei. It’s a low-end phone, so that’s why the phone comes with a price tag of $149.99, and will be able soon at T-Mobile. So are you planning to drop the Droid 2 for the Global Edition?