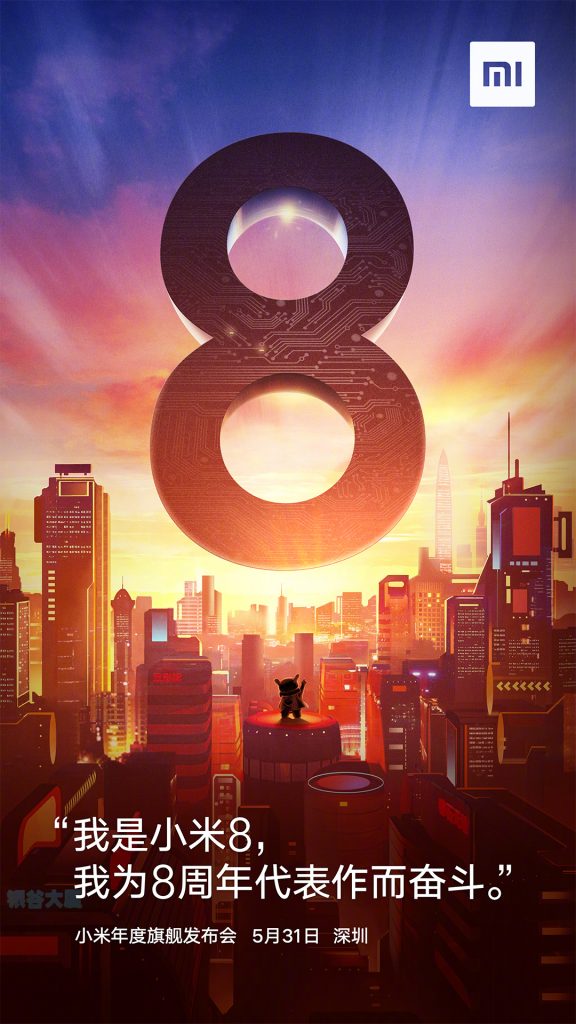 Xiaomi just confirmed that its next flagship; the Mi 8 is all set to be Unveiled on 31st May. The company through its Twitter handle has shared the launch date and mentioned that it would be a nod to their eighth anniversary.

BIG announcement Mi fans. The brand new #Mi8, a nod to our 8th anniversary, is coming on 31 May. Stay tuned! pic.twitter.com/UGwmwO7Xi0

One of the most anticipated features of the Mi 8 is expected to be the Fingerprint sensor that will be embedded under the screen. It will also have Face unlocking system that won’t be relying on the front-facing camera instead, it will have a sensor like the Apple’s iPhone X. Educated guess regarding the rest of the specification include a Qualcomm Snapdragon 845 chipset, an OLED display with a notch.

We should know more details about the features, exact pricing, and sale date when the device goes official next week.  Xiaomi will be holding its annual 2018 new product launch in Shenzhen, China. The company also hinted that more products will be introduced at the event so we can expect Mi Band 3 and several other accessories.