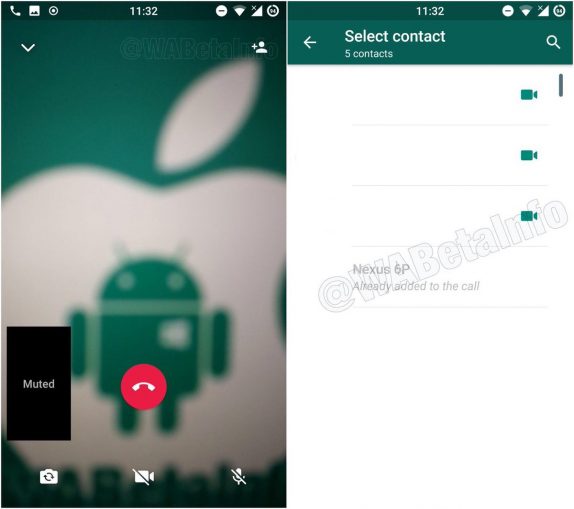 The group video calling feature lets you add as many as four group members and is already live with in-app version 2.18.145, however, despite running the latest version, you will have to be very lucky to have this feature as it is a server-side roll out and not everyone will have access to it by default. Only a handful of users get to use the new feature, this feature cannot be activated with an invitation system like with many features that WhatsApp is testing.