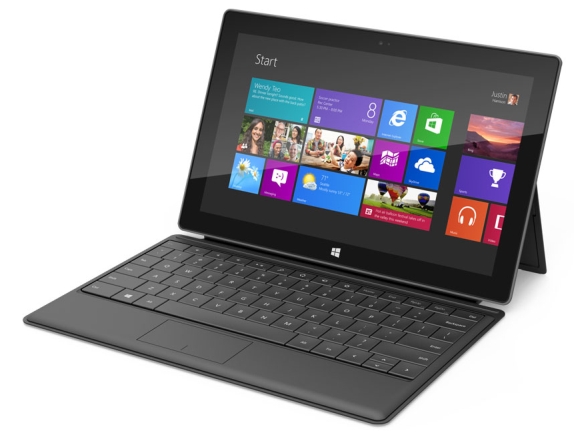 Microsoft said to be planning on launching low-cost tablet lineup that will stand up against the iPads. The company might launch the surface branded tablets as the second half of 2018. Microsoft has tried this before back in 2012 with the launch of original Surface RT.

Since the Original Surface RT didn’t work out so well for Microsoft, the company shifted the focus to expensive Surface Pro which again helped in bringing more demand to iPad Pro line-up which Apple launched in 2015. As for the new Surface low-cost tablet, it is said to sport a 10-inch screen and will have rounded edges like an iPad and a USB Type-C connectivity. It is also expected to be 20% lighter than the high-end models, meaning that it might come with a smaller battery.

Like before, Intel will be the supplier of the main processor and graphics chips for the device, according to the sources. Microsoft continued to fail in finding the right spot with the Surface devices as well as to introduce a flow of new choices to keep growth steady. The fiscal year that ended last year June saw a 2% decline in Surface revenue owing to the aging Surface Pro line. However, the revenue rose 32% in the most recent quarter, indicating a new interest in Microsoft’s hardware.

Since Apple recently launched the $329 low-cost iPad focused on students and teachers, Microsoft might launch products that would appeal students and teachers and is said to be priced somewhere between the $400. To go along with the low-cost tablet, Microsoft s preparing less-expensive versions of keyboard cover, stylus, and mouse. It will include models from 64GB and 128 gigabytes of storage and models that can connect to LTE. We should know more details as we move forward.