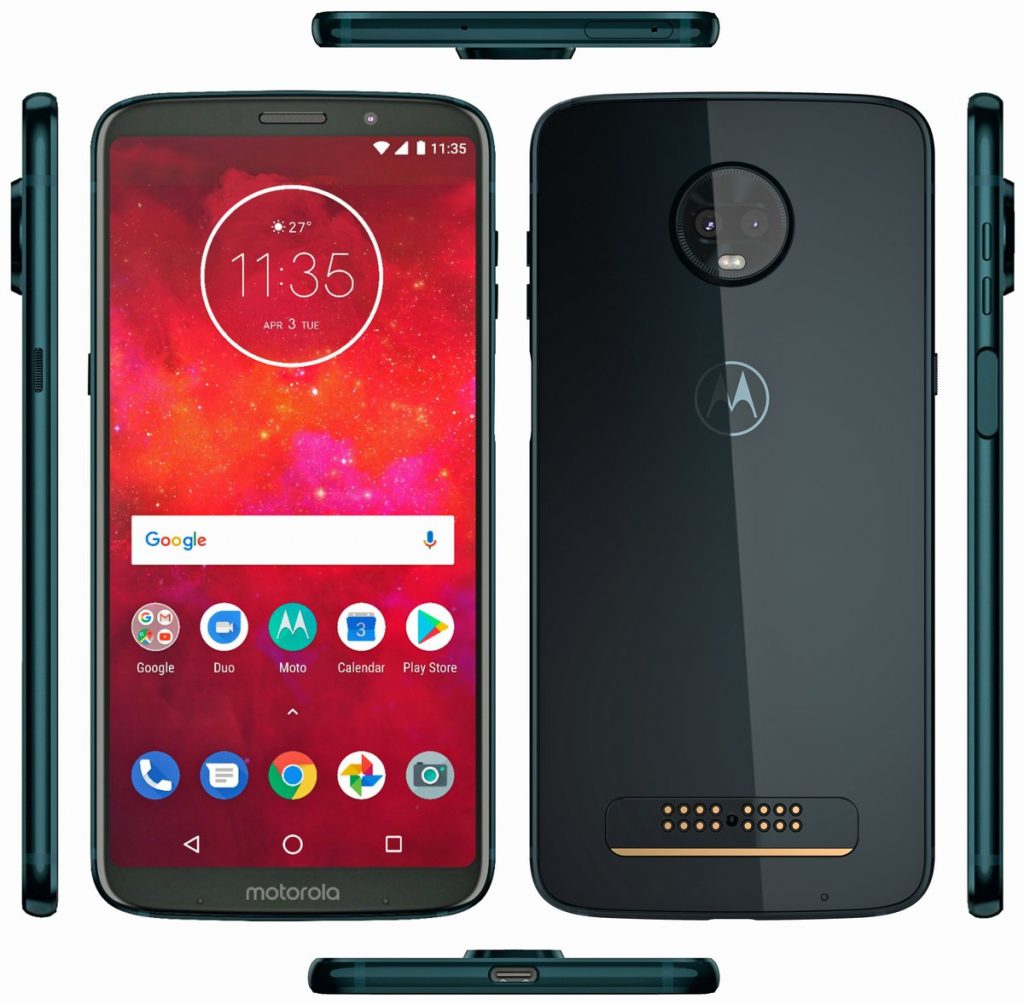 Motorola’s Moto Z3 Play has been in the news for quite some time now and the launch might be around the corner. In fact, we already know everything that is to know about the Moto Z3 Play and now popular leakster, Evan Blass has posted the deep indigo color variant.

Like with the images that had surfaced before, the new deep indigo variant also showcases the phone in its full glory including the front and rear of the phone in detail. The Motorola Moto Z3 Play is said to sport a 6.1-inch FHD+ display, powered by the Qualcomm Snapdragon 636, 4GB LPDDR4 RAM with 32GB and another variant with 64GB storage. The fingerprint sensor is moved to the side.

Since it is has a modular design, the Z3 Play comes with 16-pin connector down below the camera module. It is also reported that it will sport a 12-megapixel and 8-megapixel dual-rear cameras. it will have a 3000mAh battery on board.