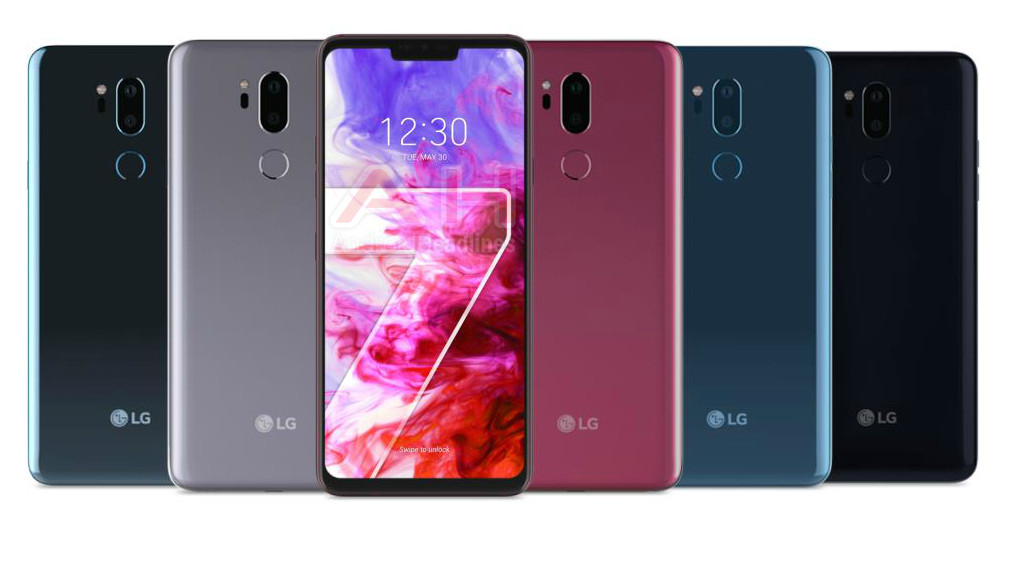 LG today confirmed that their next flagship smartphones will be called the LG G7 ThinQ and also announced that the phone will be unveiled on May 2nd. Last week live images of the G7 ThinQ surfaced online showing off the notch and the model number LM-G710M. Today a new press render of the smartphone shows the phone in Aurora Black, Platinum Grey,  Moroccan Blue, Moroccan Blue (Matte), and Raspberry Rose colors.

After the LG V30S ThinQ, the G7 ThinQ is the first G series smartphone with the ThinQ branding that will come with AI features including Vision AI and Voice AI features that were first introduced with the  V30S ThinQ.

LG will unveil the ‘ LG G7 ‘ at the Metropolitan West in Manhattan, New York on May 2nd and there will be another event on May 3rd in the I-Park Mall in Yongsan-gu, Seoul.