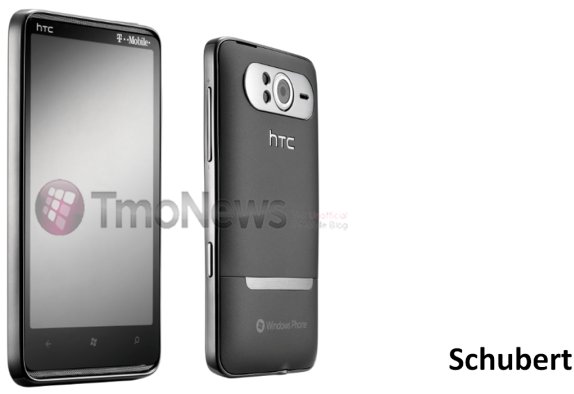 A few months ago, we saw the leaked roadmap of T-Mobile USA, and most of the devices in the roadmap are now available in the market. HTC Schubert was also mentioned in the roadmap. HTC Schubert is actually the codename of HTC HD7. We saw the HTC HD7 in T-Mobile inventory, and also in O2 UK inventory, and recently we saw the first images of the HTC HD7 and we also saw the full leaked spec sheet. Our friends over at Tmo-News got their hands on the images of HTC HD7, in which we can see T-Mobile branding on HTC HD7, and it’s confirmed that we will see it on T-Mobile soon. European version of HTC HD7, which is probably going to O2 UK will come with 8 GB internal storage. T-Mobile HTC HD7 will come with 16GB internal storage and 576 MB RAM. T-Mobile HTC HD7 also comes with HSPA 7.2 Mbps speeds. T-Mobile HTC HD7 will go for $199.99 with a 2-yr contract. So folks, anyone looking forward to T-Mobile HTC HD7?

Note: There is another phone which is known as the HTC Schubert, which is different from the HTC HD7.