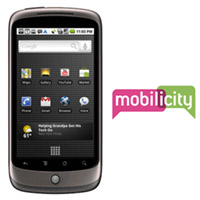 Google removed the Nexus One from the Google/phone site a few months ago, but that doesn’t mean the Nexus One is dead. It’s still in USA as a developer phone, and you can get it from Google if you are a developer,  and Vodafone UK and KT Korea is still offering the Nexus One. Mobilicity Canada is bringing the Nexus One back to life by launching it in Canada, along with Blackberry Curve 3G. Mobilicity is launching the Nexus One as their first Android device, and it will go for CAD$549.99 without contract. If you are interested in contract, then you can get it for $45/month with unlimited voice and data plan, but if you want unlimited global text, unlimited talk and unlimited North American long-distance, then you can get it for $65/month. Mobilicity is offering some good prices on plans. Nexus One is currently out of stock, but it will be back in stock soon. Mobilicity is also bringing the Curve 3G, which is also a successful phone. You can get the Blackberry Curve 3G for just CAD$299.99, no contract required, that’s a cool price for an unlocked phone. So who’s looking forward to the new phones at Mobilicity?