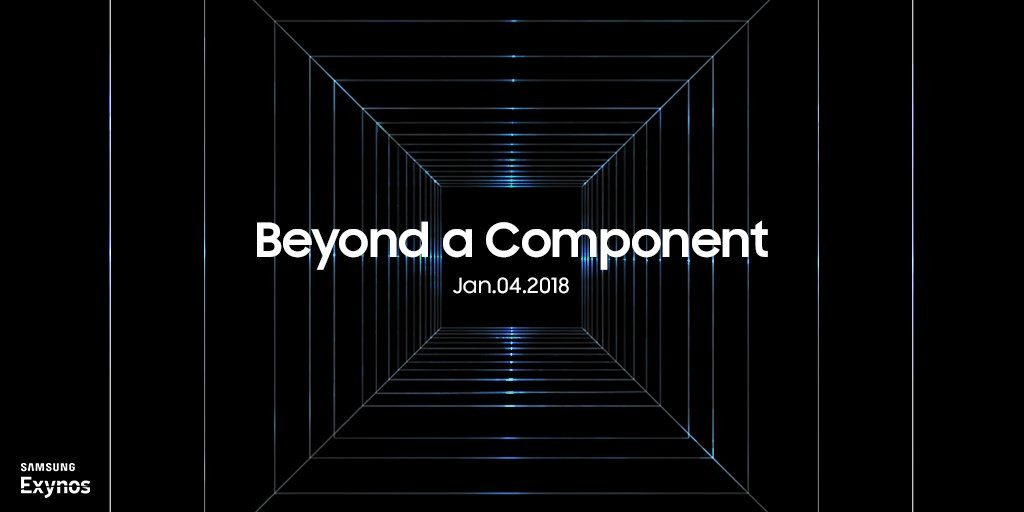 Samsung has announced that it will announce TheNextExynos, its next-gen flagship Exynos SoC on January 4th, 2018. It says that it will go beyond a component, so it will likely be the flagship SoC.  This will probably be the Exynos 9 Series 9810 SoC that was revealed in CES 2018 Innovation Awards announcement back in November.

The successor of Exynos 9 Series 8895 SoC will be based on the 2nd generation 10-nanometer (nm) FinFET process technology will use Samsung’s 3rd generation custom designed CPU cores and come with LTE Cat.18 6CA-supported modem that offers maximum download speed of up to 1.2Gbp (Cat.18).

Samsung also said that it will have an upgraded GPU, which could be Mali-G72 GPU, an upgrade to the Mali G-71 GPU present in the 8895 for up to 40% improvement in performance.

The announcement is scheduled ahead of CES 2018 that kicks off on January 9th, but the Galaxy S9 and S9+ smartphones are not expected until the MWC in February. We should know all the details about the next-gen Exynos SoC next Thursday.