Earlier: Just after a month of rolling out  Android 8.0 (Oreo) open beta update for the OnePlus 5, OnePlus today started rolling out stable Android Oreo update for the users as a Christmas Gift, ahead of the promised early 2018 time-frame.  OnePlus Co-Founder Carl Pei has finally confirmed that the OnePlus 5 will get OnePlus 5T’s Face Unlock feature soon due to popular demand from fans.

The Oreo update brings all the Android Oreo features such as background limits that puts a big priority on improving user’s battery life, snoozing that lets users to snooze notifications to reappear at a later time and wide-gamut color for apps among many other things. 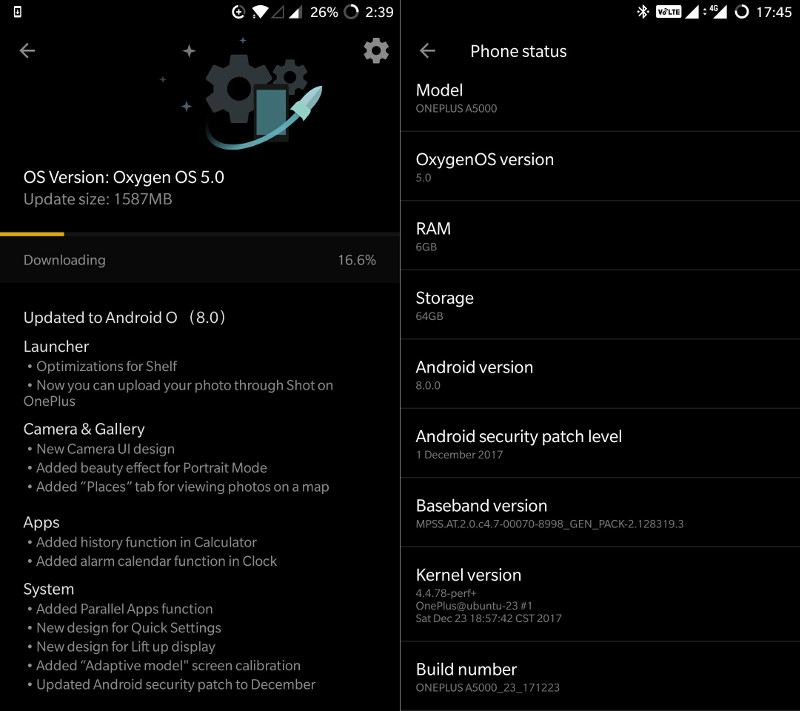 You can check out our top 5 Oreo features post to know more about the core features of Android 8.0 update. It also includes changes in Launcher, Parallel Apps and more. Check out the complete changelog below.

The OnePlus 5 Andoid Oreo update is 1.58GB in size and also includes Android security update for December. As usual the OTA will reach a small percentage of users today, and we’ll begin a broader roll out in a few days. You can download the OTA zip from here and flash it manually, if you can’t wait for the update. Hope the latest OnePlus 5T gets the update soon.