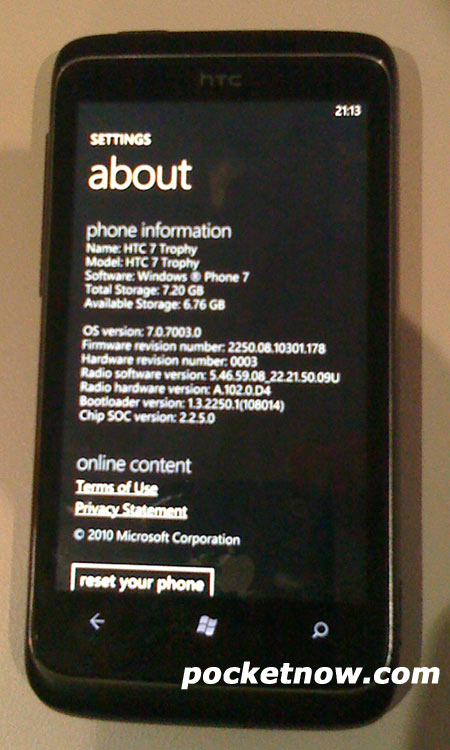 Our friends over at PocketNow got their hands on a screenshot of Windows Phone 7 powered HTC Phone, which is known as HTC 7 Trophy. We know about two WP7 phones, one is the Mozart and other is the Schubert. I am sure that HTC 7 trophy is a codename of the phone, perhaps it’s a codename of HTC HD7, and the image above could be the first image of HTC HD7, but still it’s not 100% confirm. As HTC is planning to launch WP7 powered phones next month. So we will hear about this phone next month, or may be another leak information will prove it, so stay tuned !

By the way folks, What do you think about this device, is this the HD7?